I saw this recipe in a little cookbook a while ago and wanted to try it.  But when I actually tried it, for some reason I didn’t really follow the recipe.  (I’m good at doing that.)  We ended up with a delicious meal, and the smell was heavenly.  This is a crockpot dinner, which means less last minute work for the cook.  I’m a fan of those! 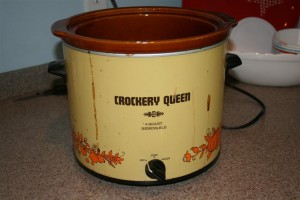 Begin by browning some chicken in a skillet.  (I cooked about 2 1/2 pounds, but I was feeding a crowd)  Sprinkle some salt and pepper on it while you’re at it. 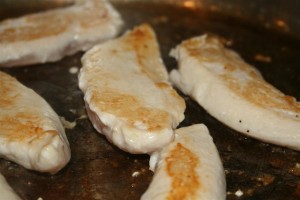 Place the chicken in the crockpot when both sides are browned.
Julienne 1 red bell pepper and 1 green bell pepper. 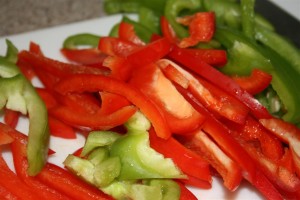 Place on top of chicken in crockpot. 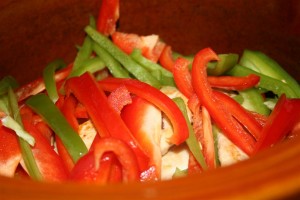 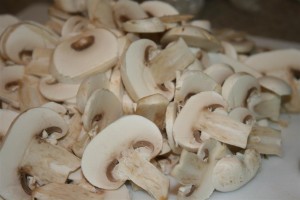 Now slice 2 medium onions and add to crockpot, as well. 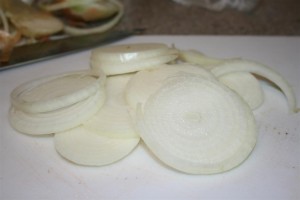 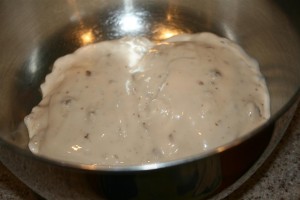 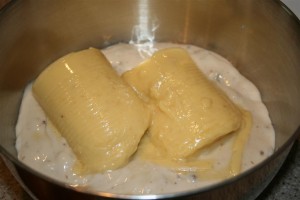 and 1 cup half and half. 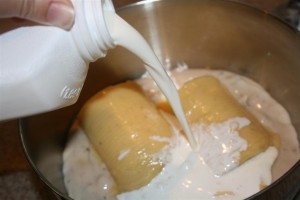 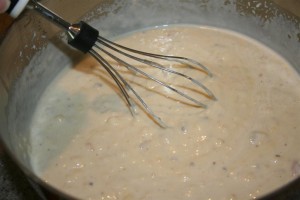 Pour over food in crockpot. 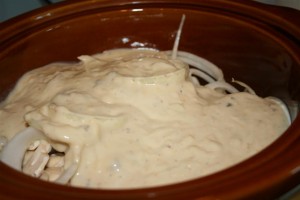 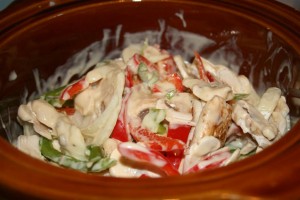 Cover and cook on low for 4-5 hours or on high for 3 hours.
You won’t believe how good it smells after a little while. 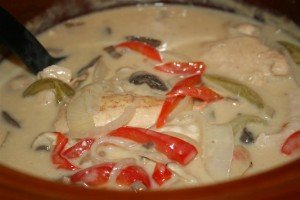 Wow.  So colorful, pretty, and heavenly smelling!
Cook some rice to serve with it and you’re set! 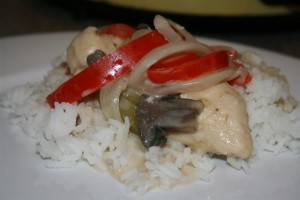 I served this to a fairly large group and it got rave reviews from everyone.
I hope you enjoy it, too.

Sweet Pepper Chicken and Rice  (can easily be cut in half)