Today I took three children to the post office.

In doing so, I violated one of my top 5 rules as a mother.  Rule #3: Never take children to the post office.

I think I violated two of them, actually.  Number 4 is to avoid the post office altogether, if possible.  Why?
1.  Because I have children.
2.  Because I have a healthy sense of respect for my own time.

Oh well.  It was all for a good cause:  to mail my grandma’s birthday present. (She turned 80 YESTERDAY!  At least I called her on her birthday and had a great visit with her.)  If there is ONE thing that stands in the way of me meeting deadlines, it is the dread  I feel at the very THOUGHT of entering the post office.

So today I did it, and I met my annual quota for maximum number of visits to the post office.  That would be ONE.  I know I should get over this, but every time I go there is something that merely reinforces my bad attitude about the experience.  Today it was the free counseling session that the postal worker was providing to a gentleman who couldn’t decide what envelope to buy, and he didn’t even have what he wanted to mail with him!  This seven minute long display of public indecisiveness (I was watching the clock they so kindly provide for you to count how many precious minutes of your life are wasted in their line) was witnessed by a long line of customers who had long before decided which envelope to use, and even which packing tape worked best, and which address to write!  Ugh!

You see, the child who loves to walk on tippy toes around the house 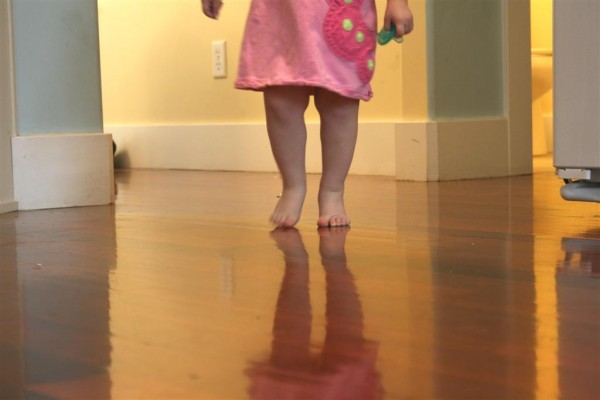 was wearing her squeaky shoes  (shoes that have a little squeaker toy in the sole so it squeaks with every step they take).  It didn’t take long for her to figure out that she had a captive audience.  She began dancing and hopping and jumping and then she burst out into laughter.  I mean, who wouldn’t?  She had this huge room full of silent adults, and she was making ALL of the noise!

Soon her three year old brother just couldn’t resist.  He was only wearing snow boots (I think it’s his expression of faith that it might snow?) but he made sure that his moves made up for lack of noise.  He threw in some arms and some hips and danced right along side her.

And you know what I did?  Nothing.  They weren’t hurting anyone, and there were more smiles in that dreary post office than I’ve seen in all my previous visits combined.  I figured if it bothered the postal workers, that was fine, because the only way to get rid of me was to hurry  up and help me.  Which, eventually, they did.

When at last we left and I had chased the three year old around the pillars a few times to get him in the car, I realized that I wasn’t as grumpy as I expected to be.  The dancing had made me smile, too.  Perhaps I should revise my rules a little.  Or not.