As a dessert for this party and keeping with this theme, I had an idea for some BYU cupcakes.  It turned out to be inexpensive, creative, and added the final touch to our party. 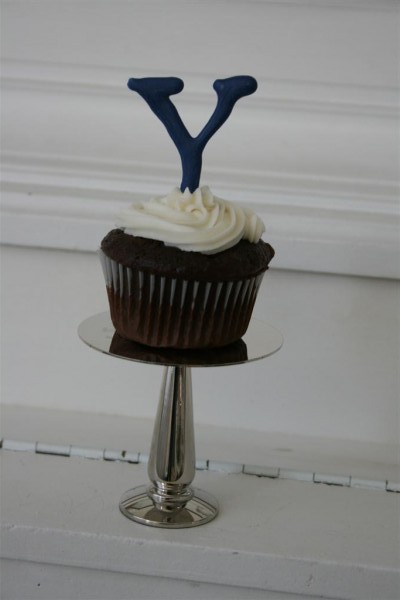 I used some dark blue candy melts, a Wilton squeeze bottle and a sheet of “Y” letters I printed on my computer. 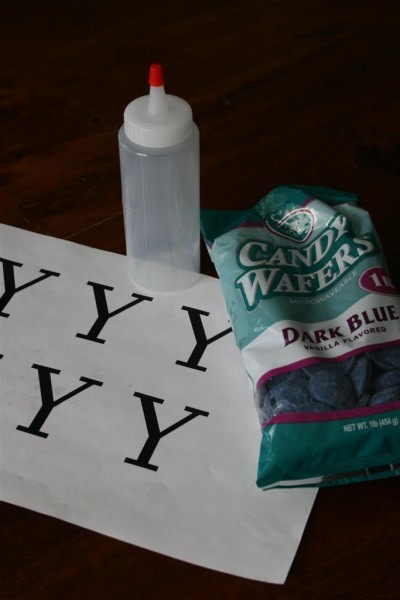 I placed the printed Y’s on a cookie sheet and put a piece of parchment paper over it.  I then melted the candy in hot water and began tracing the Y’s.  I just moved my pattern around underneath the parchment paper until it was filled. 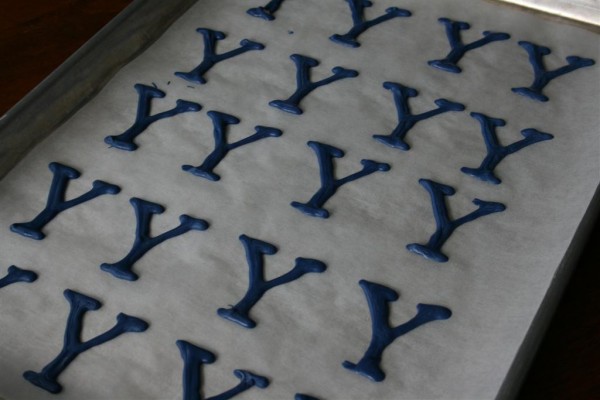 We let them harden overnight, baked some cupcakes and whipped up a fairly stiff buttercream icing.  I simply piped the frosting onto the centers of the cupcakes and we stuck the Y’s in the center.  TaDa! 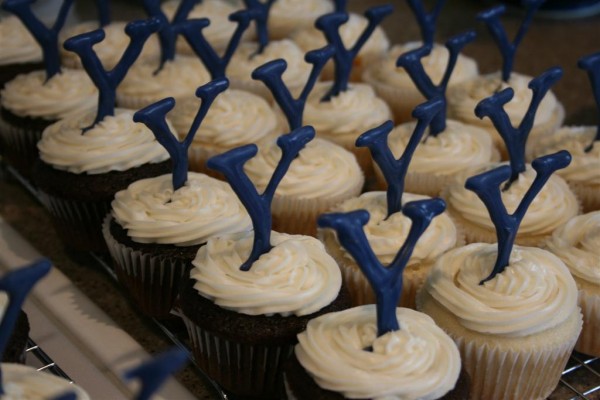 For the kitchen table centerpiece, we lined up my cupcake stands and put a cupcake on each one. 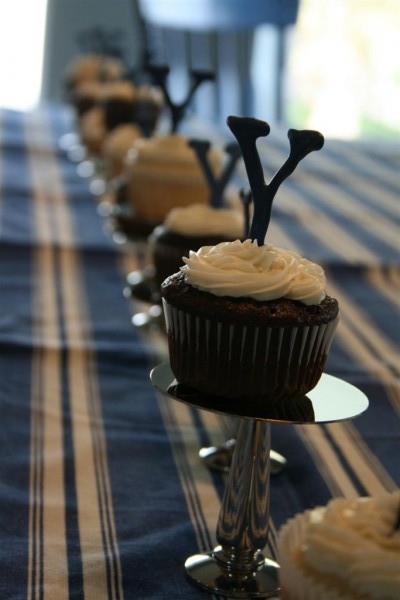 We all had a lot of fun with these.  Everyone enjoyed trying their hand at making some Y’s.  As we did it, I thought how versatile these cupcake toppers are.  You could make numbers for a birthday party, monograms for a birthday gift, or even photocopy and trace logos for schools or other organizations.  These treats were SO much fun to make, now I’m looking for an excuse to make more! 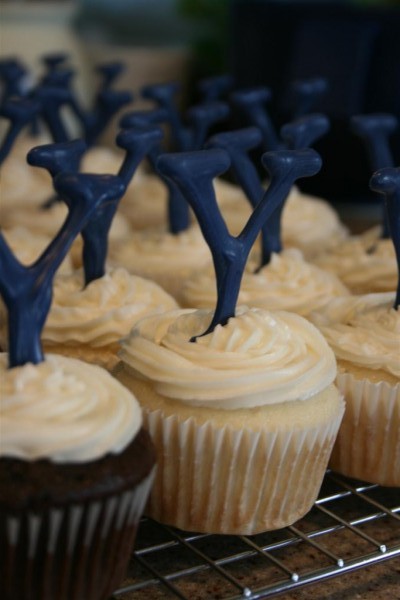 Linked to The Inspired Room