The Mind and Heart Lead

This evening our family sat together and read the entire text of the Declaration of Independence.  We talked about the fundamental principles embodied in it, explained some of the 27 grievances against King George III, and felt the power of the closing paragraph of that singular document.  As our family has moved from one activity to another throughout the weekend, a single thread of thought has weaved its way through my mind. 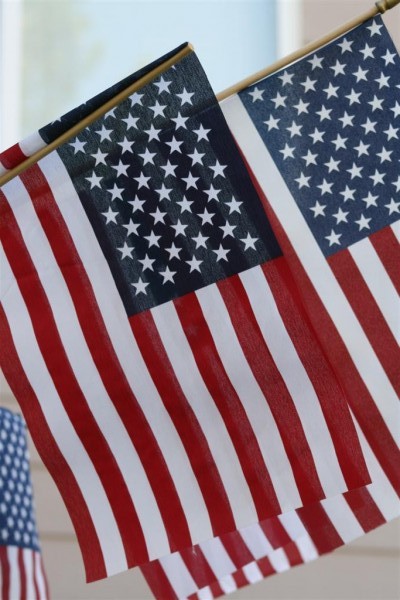 What, exactly, do we commemorate on July 4th?  The answer is obvious.  We celebrate the adoption of the Declaration of Independence by the Continental Congress on July 4, 1776.  Yet the Revolutionary war began on April 19, 1775 with the Battles of Lexington and Concord.  When the Declaration of Independence was printed and distributed throughout the colonies, General Washington had been engaged as the commander of the American army for a year.  We are not celebrating the beginning of the war on the 4th of July.  Interestingly, we aren’t celebrating the end of the war, either.  Most Americans don’t even know when the war ended.  (It effectively ended with the defeat of the British in October of 1781, but wasn’t officially concluded until the Treaty of Paris guaranteed the abandonment of British claims to the United States in 1783.)  In fact, on July 4, 1776, our independence was far from won.

Yet this is the date we remember, the date upon which we celebrate our nation and the principles upon which it was founded.  On this day, we celebrate an idea so powerful that it united a tiny populace and fueled it with determination to defeat the largest military force ever assembled in the history of the world.  We celebrate the document that provided unity, purpose and vision to an entire generation and to the generations that have followed.

“When in the Course of human Events, it becomes necessary for one People to dissolve the Political Bands which have connected them with another, and to assume among the Powers of the Earth, the separate and equal Station to which the Laws of Nature and of Nature’s God entitle them, a decent Respect to the Opinions of Mankind requires that they should declare the causes which impel them to the Separation.

“We hold these truths to be self-evident, that all Men are created equal, that they are endowed by their Creator with certain unalienable Rights, that among these are Life, Liberty, and the Pursuit of Happiness — That to secure these Rights, Governments are instituted among Men, deriving their just Powers from the Consent of the Governed, that whenever any Form of Government becomes destructive of these Ends, it is the Right of the People to alter or to abolish it, and to institute new Government, laying its Foundation on such Principles, and organizing its Powers in such Form, as to them shall seem most likely to effect their Safety and Happiness….

“WE, therefore, the Representatives of the UNITED STATES OF AMERICA, in General Congress, Assembled, appealing to the Supreme Judge of the World for the Rectitude of our Intentions, do, in the Name, and by he Authority of the good People of these Colonies, solemnly Publish and Declare, That these United Colonies are, and of Right ought to be, FREE AND INDEPENDENT STATES; that they are absolved from all Allegiance to the British Crown, and that all political Connection between them and the State of Great Britain, is and ought to be totally dissolved; and that as FREE AND INDEPENDENT STATES, they have full Power to levy War, conclude Peace, contract Alliances, establish Commerce, and to do all other Acts and Things which INDEPENDENT STATES may of right do.  And for the support of this Declaration, with a firm Reliance on the Protection of divine Providence, we mutually pledge to each other our Lives, our Fortunes, and our sacred Honor.”  (The Declaration of Independence)

Occasionally I am amazed at the conviction and nerve which the Signers displayed in pressing forward with such a Declaration.  Should they lose the war or be captured, each man had signed his death warrant.  Yet the Declaration was not an idea that suddenly sprung up amidst the debates in Congress.  The ideas had been growing, spreading, for years.   Ten and a half years earlier John Adams had written in his journal, “The year 1765 has been the most remarkable year of my life.  The enormous engine fabricated by the British Parliament for battering down all the rights and liberties of America, I mean the Stamp Act, has raised and spread through the whole continent a spirit that will be recorded to our honor, with all future generations.”  July 4, 1776 represents the day these ideas burst forth into reality, articulated brilliantly on a piece of paper which any citizen could hold in hand.

I guess I’ve been marveling this weekend that what we’re really celebrating is the victory of an idea in the minds and hearts of people.  The consequences of its acceptance had yet to play out, and would take many more years, costing lives and treasure beyond, perhaps, what any could foresee.  I’ve been thinking about how true it is that when our minds and hearts are convinced, the real victory is won and all that remains is to hold fast to our convictions long enough to bring our physical reality into alignment with that paradigm.  For the first time in my life, it has dawned on me that we celebrate even more than I imagined.   July 4th is evidence of the eternal triumph of truth when it has taken root in the minds and hearts of men.

Oliver DeMille wrote, “All generations before this one have had geographical frontiers to conquer.  We don’t.  Without a frontier we cannot become what the Founders, the explorers and the pioneers became in their extremities.  Our challenges define us, our reactions to them mold and shape us…. Human beings need a frontier in order to progress.  Fortunately, we do have one frontier left, and it is in fact the hardest one.  It is the frontier within.  In all of history, this frontier has not been fully conquered.”  (A Thomas Jefferson Education, p. 63)

Tonight as I sit in the comfort of my home, my heart clenches with joy and resolve.  The world I live in has different wars raging, different battles to be fought.  Truth is as powerful today as it was 234 years ago.  The victories I seek for my family, for myself, lie waiting inside us.   Many mothers have succeeded before me, but it is my first experience with this frontier.  As this holiday weekend draws to a close, my celebration has become even more meaningful, more personal.  The mind and heart will lead us to freedom if we fill them with that which is right.  We can win our wars before they commence, and have only then to stay the course until physical reality follows.

Is this not something to celebrate?