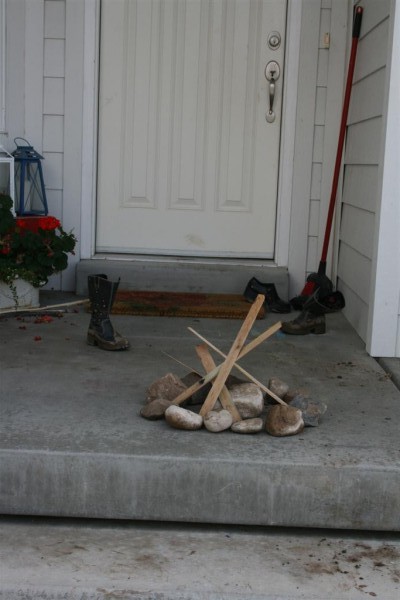 Ever had a campfire on your front porch? 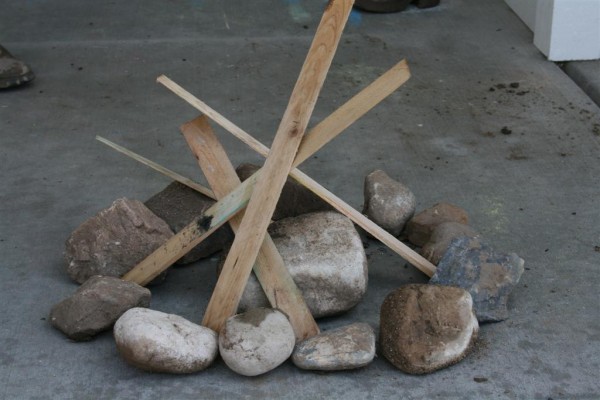 I went through my garage to take the trash out, and when I turned around I discovered one on mine.

A few minutes later, they had added camping chairs, sticks and marshmallows. 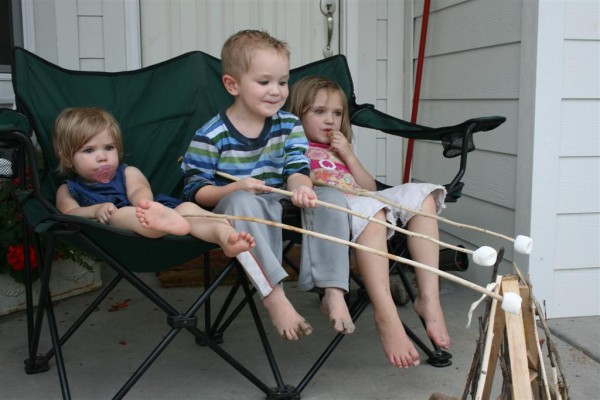 They learned that marshmallows don’t fit on yardsticks very well, 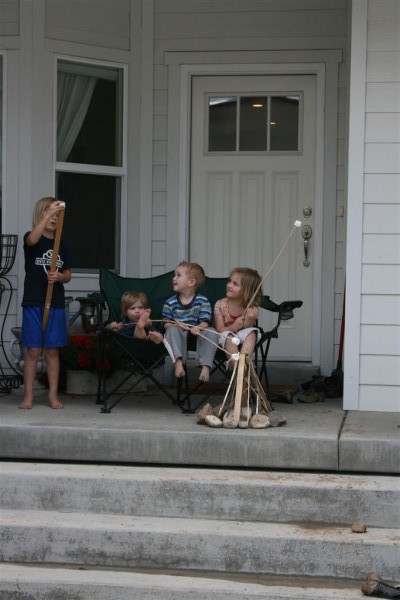 and that some fires take a very long time to melt marshmallows. 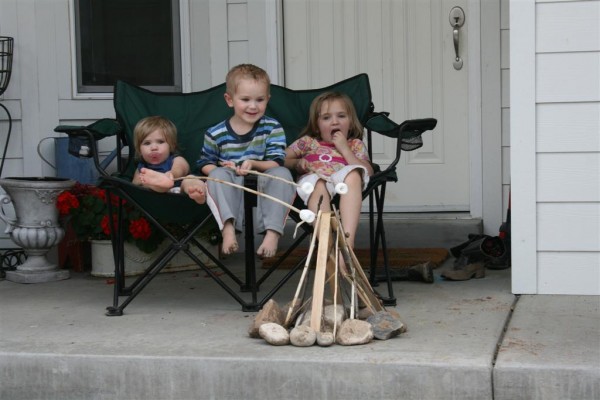 Of course they chose to do it right after a rain storm, so the adventure included a lot of mud.  Sometimes I’m tempted to feel frustrated about the mud on the porch, the fact that when people come to the door they can’t actually get to the door with chairs, sticks and rocks in the way.  Stepping on Playmobil toys gets old, and occasionally I feel frustrated when I find nice dishes in the toy room.

But I have to remind myself that imagination is a wonderful thing. 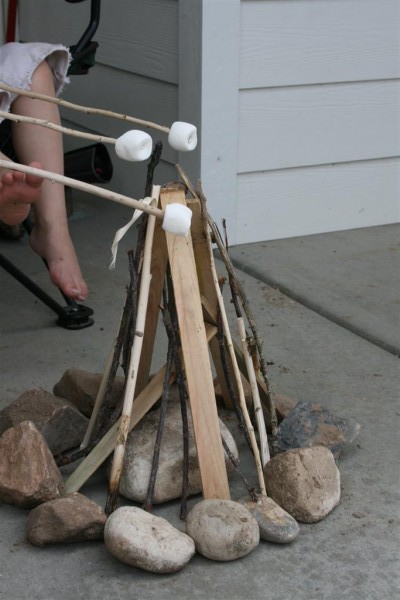 This is good, old-fashioned, imaginary play.  I’m glad that they’re creative, that they dream up adventures like this.  They’re making memories.  They’re interacting with each other.  They’re using what they have to create something they’ve got pictured in their heads.  My house would stay much cleaner if they spent more time in front of the television playing games or watching movies, but I choose this.  I choose imagination.

Half way through the summer I hid the power cord to the Wii, announced a hiatus from movies and watched to see what would happen.  It’s been great.  Lots and lots of creative play.  Little minds brimming with ideas.  More reading.  More books coming to life in their play.  More camaraderie among them. 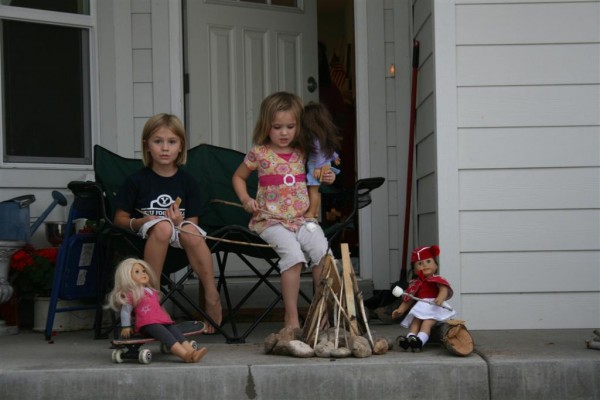 And I’ll be honest, more messes.  Or perhaps I should call it evidence.  But I tell myself that it’s a good trade, that it will pay off in the end.  Still, I wish that my own imagination could bring to life Mary Poppins’ snap.   THAT would be something I’d enjoy.