Earlier this week I blogged about my sweet 8 year old’s birthday party.  It was the most enjoyable party I’ve ever given,  so I thought I’d share what we did.  For any of you out there who have girls in the 8, 9 or even 10 year old range, I highly recommend it.  I don’t think that a girl needs to like dolls to enjoy this activity, either, although an affinity for American Girl dolls doesn’t hurt! 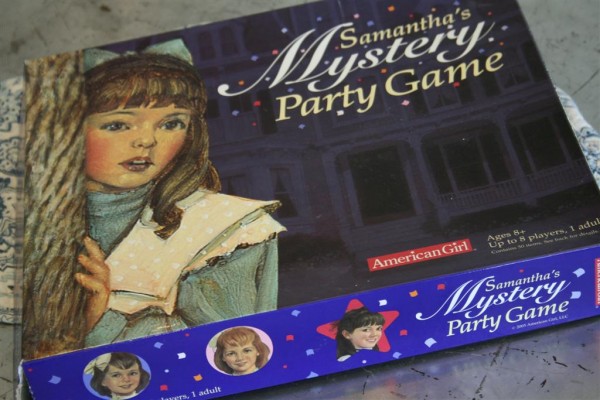 It’s the Samantha Mystery Party Game, made by American Girl.  It takes an American Girl character, surrounds her with friends and gives them a problem to solve.  The story is made into a script, and your daughter and her friends each take a role.  You assign them their part in their invitation so they can come to the party dressed as their character. 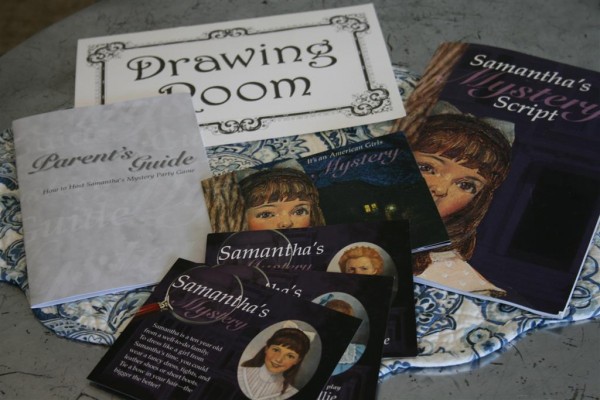 The game comes with 8 invitations, 8 role cards, 8 scripts, clues to hide and a parent’s guide that tells you everything you need to know and do in order for the mystery to play out.  From start to finish, it was simple and easy to do.  It took us only minutes to prepare the invitations.  All of the girls were so excited to come, and several of their moms commented to me on how curious their daughters (and sisters) were. 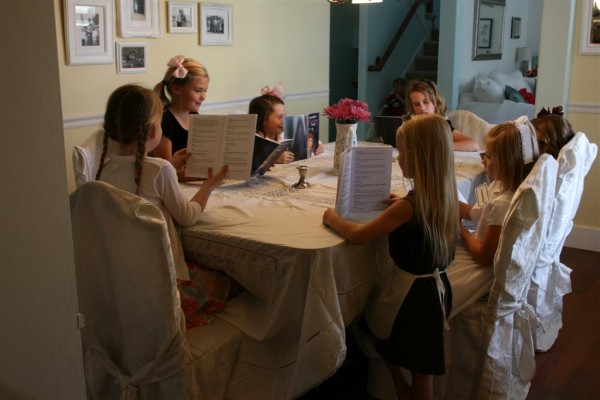 On the day of the party, I got the house and clues ready.  When all the girls arrived, I gave them simple instructions, passed out name tags (which also came with the supplies) and gave them each a script.  They spent the next hour reading, prompting each other and acting out the play.  I spent that entire hour with a big grin on my face as I watched these darling girls read their lines, trying to infuse them with the right emotion.  Most of them read their lines well, but occasionally when there was a new word or if someone was shaky they came to each other’s rescue in a way that made my heart swell with gratitude for the sweetness of 7 and 8 year old girls. 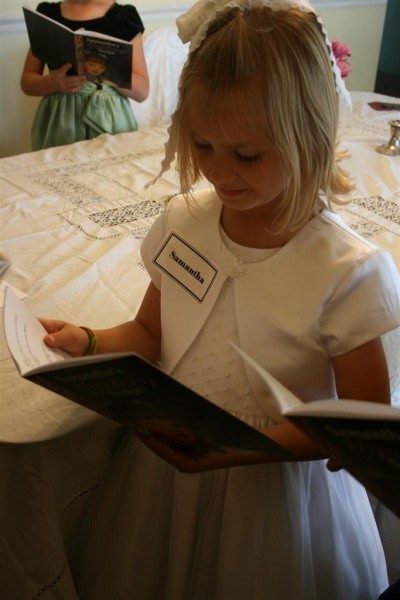 Most of the action took place around the dining room table, but some clues had to be found in other rooms.  One of the clues had a morse code message that they had to decipher.   The mystery took  about an hour to complete.  It was a huge success.  All of them had a great time and each of them asked if they could take their script home with them after the party. 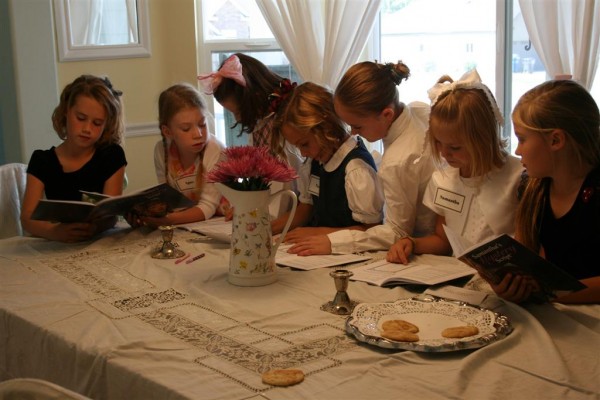 Unfortunately, American Girl no longer makes these Mystery Party Games.  They were made in 2005.  I found mine on ebay.  A Mystery Party Game was also made for the American Girls Kit and Molly.  After reading the simple description of all three, we settled on Samantha and I’m happy with that choice.  It was perfect for an 8 year old girl’s birthday party.  I’m seriously considering purchasing a second one to save for a few years down the road.  After all, my 8 year old has three younger sisters!  My older two daughters were also talking about how much fun it would be to each invite a couple of friends over on a rainy day and solve one of the mysteries for fun.

And now, just because the sweetness of each little face bent over a script was too much for me, I’ll finish this post with a photo of each of our guests that day. 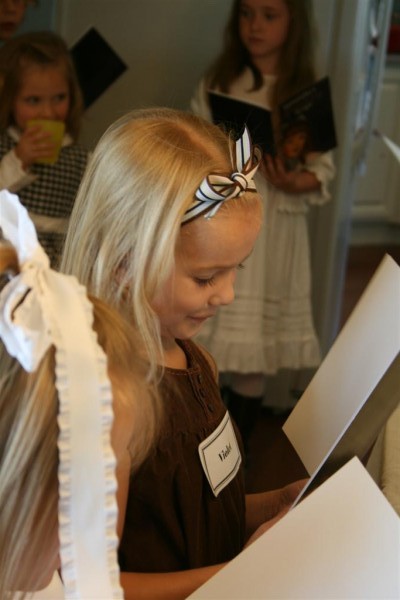 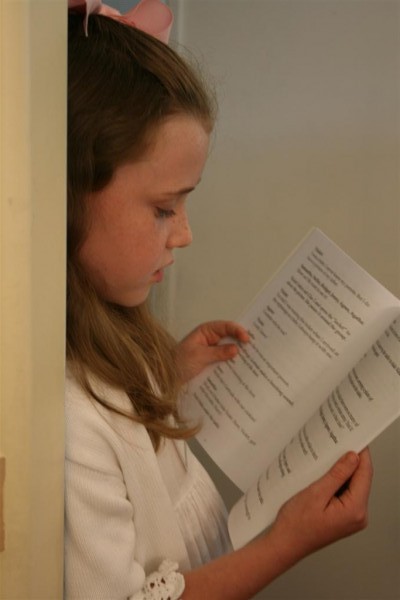 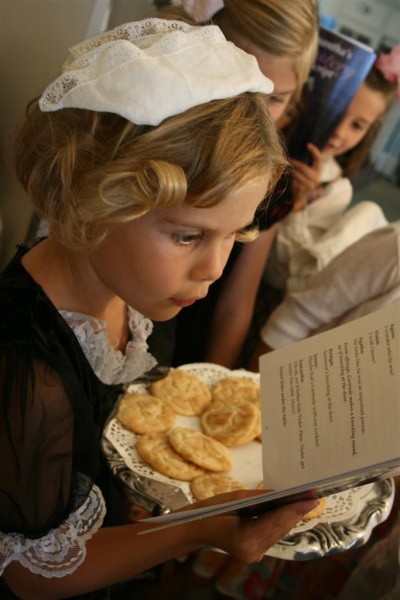 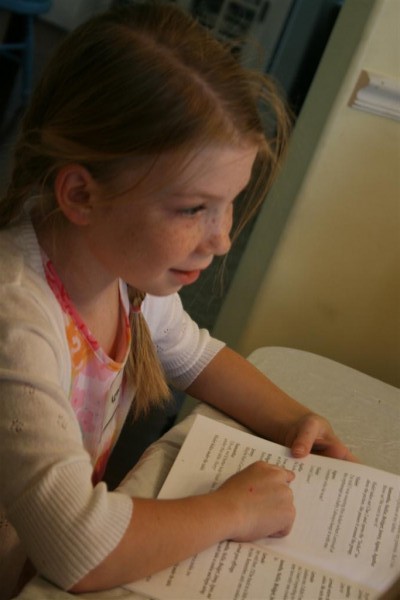 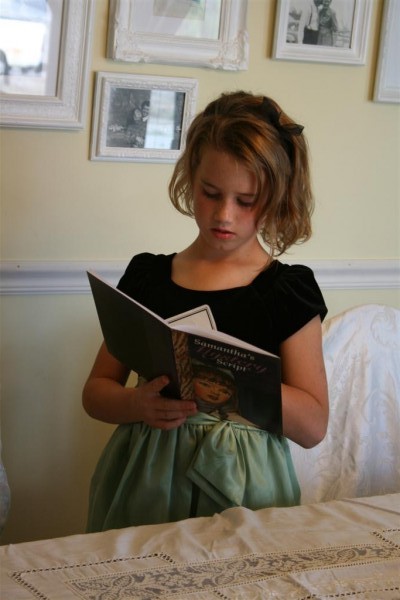 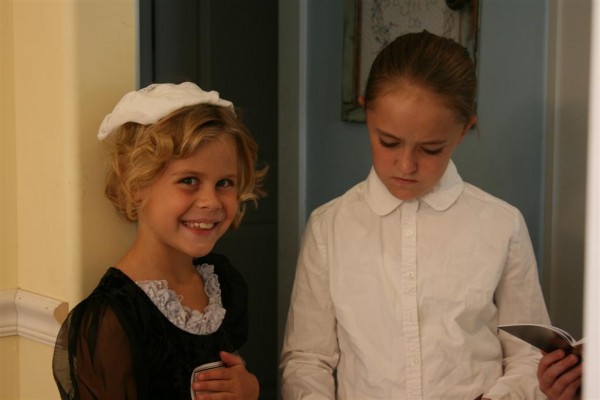 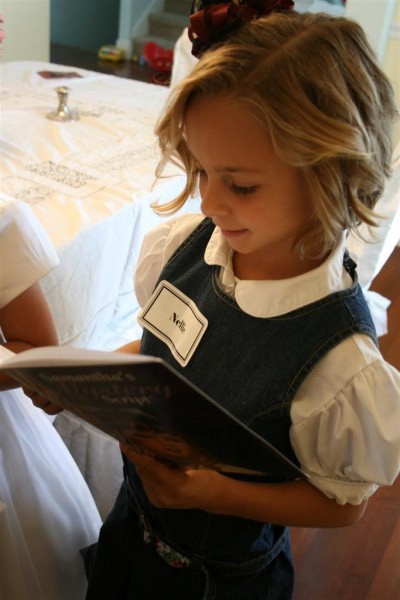 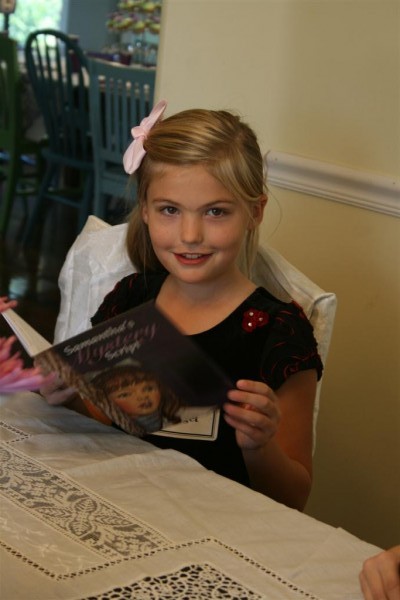 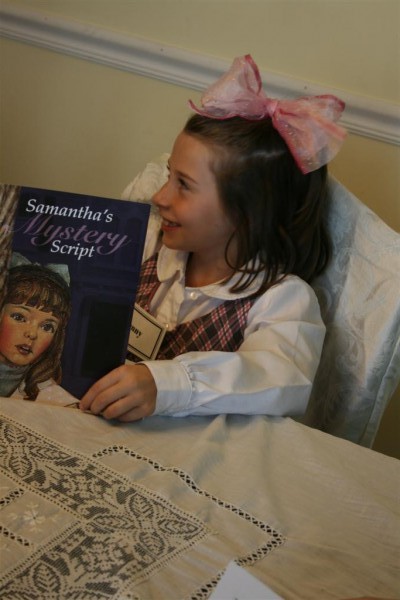 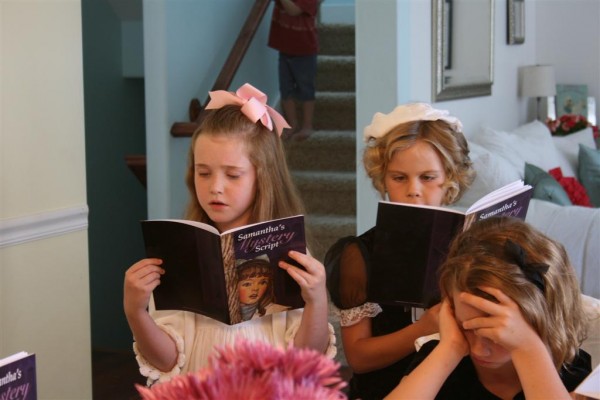