I have a lot of feelings about the Science Fair.  The only one that isn’t negative is the feeling of relief that comes when the project is completed, out of my house, and done with. 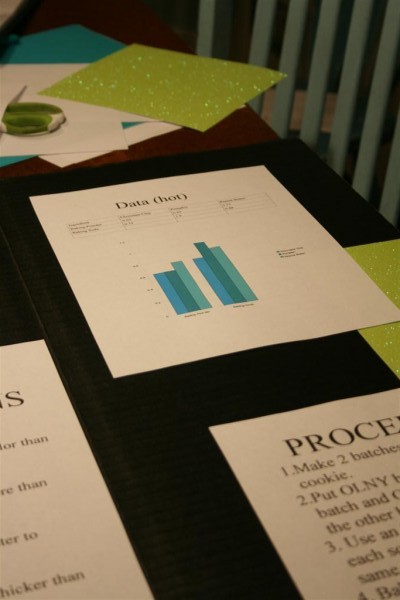 I’m proud of my daughter for getting it done and having a little fun in the process.  Their question:  Which creates more life in cookies, baking soda or baking powder? 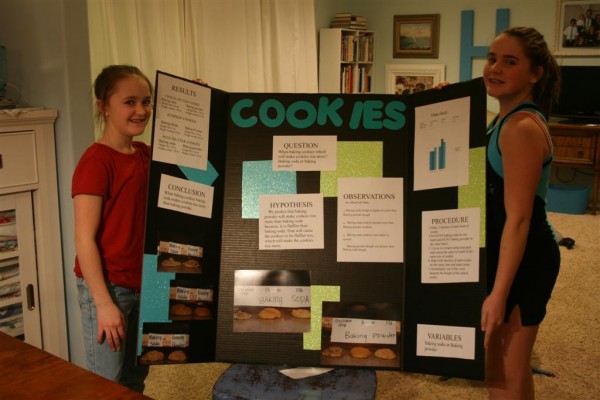 Six hours of baking later, they concluded that baking soda consistently produced cookies that were bigger.  Not only did they rise higher, they also spread more than baking powder.  It was fun to watch them conduct the experiment and put the project together. 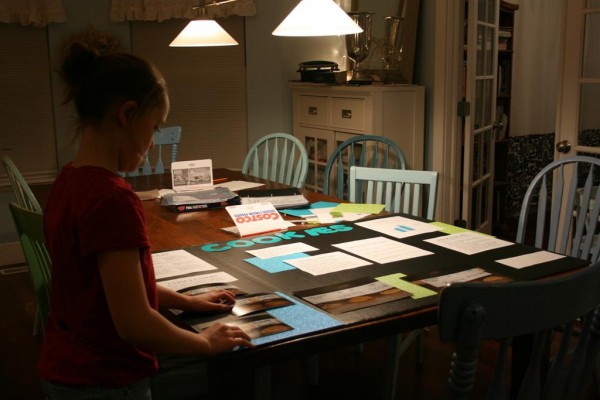 In fact, it’s generally just a lot of fun to have a twelve year old daughter.  She’s awesome in every way.  Well done girls!