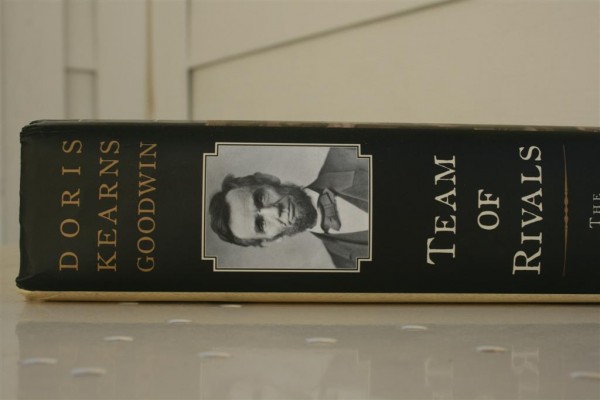 Do you have books that changed you?   Friends that have become so dear to you through powerful writing that you feel you know them?  This book has done that for me.

I finished reading “Team of Rivals”  a few weeks ago.  It is fabulous.  Much as I loved it,  I had a stomach ache during the last chapter because I knew the end of Lincoln’s life was coming and I almost couldn’t bear to read about the assassination.  When the book was over and he was dead,  I wept as if it had just happened.   It broke my heart to read about his activities on that last day of life,  which turned out to be such a happy one for him.  I felt myself pleading with him not to go to the theater that night,  wishing something would come up to change the outcome.

He is one of my heroes,  someone I would love to be worthy of knowing personally someday.  The respect and appreciation I already felt for him was increased tenfold by reading this book.  Written in an unusual way,  I not only grew in love and respect for Lincoln,  but also for many of his contemporaries.  I particularly grew to love Seward,  his Secretary of State,  and Stanton,  the Secretary of War.  Doris Kearns Goodwin crafted this incredible piece of historical literature by tracing the path of Lincoln and all his opponents for the presidency along their individual roads to political influence.   She wrote about the most unusual Cabinet ever assembled by a U.S. President and how Lincoln was able to pull it off.   She wrote in a way that revealed Lincoln as a political genius,  and not just a political genius,  but a man who understood people and human nature in ways that few ever do. 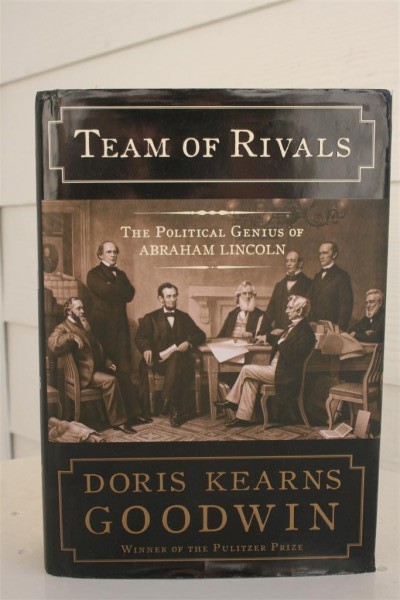 It has been often written and said of Lincoln that he was a terribly depressed person.  I have always struggled with that diagnosis.  Having experienced depression myself,  I cannot see how a severely depressed man could summon the intelligence,  energy,  and ability to do what he did.  People who are depressed don’t function well,  they don’t cope well.  But Lincoln did.  After reading this book,  I feel convinced that Abraham Lincoln was one of the most emotionally healthy individuals who have ever lived. Perhaps his capacity for feeling was greater than most.  He felt great pain,  yes.  He suffered terrible losses.  He ached with everyone who lost loved ones in the war.  He buried two sons of his own,  one of them during his first term as President of the United States.   Of course he was familiar with sorrow and grief.  Yet he had an almost superhuman ability to rise above those terrible moments filled with faith in the future and faith in humankind.  He knew when to be serious but took time to laugh.  He understood how to change gears,  how to feed his own spirit with humor.  He understood himself,  and knew what to do to feed his spirit.  He knew how to refuel.  And he knew how to feed others as well.  He was incredibly patient,  willing to bear criticism for things he was not guilty of,  then hold no grudge toward those who had heaped criticism upon him.  In my mind,  he was much more than a political genius.  He was a genius in human nature.  He was amazing.

And I am inspired.

I highly recommend this book.
Jennifer