I love having daughters

I was in the hallway at church on Sunday as my children came to meet me after their classes.  One after one they said to me, “Mom!  It’s Janice’s birthday!  We need to have a party!”  By the time we got home their enthusiasm for the idea had taken on a life of it’s own.  A phone call was made and a time chosen.

I went to work in the kitchen and sent my girls outside to create the party scene. 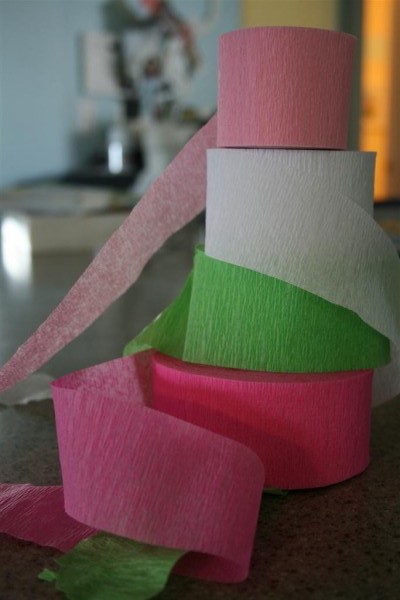 A little while later I peeked out the window to see what they had come up with and smiled with delight.  It wasn’t just the supplies they’d chose to use that made me happy, but the feeling of love and teamwork they displayed.  I felt like I was watching a scene from Little Women or something.  They were a group of sisters totally consumed with making something pretty as a gesture of love for someone they care about. 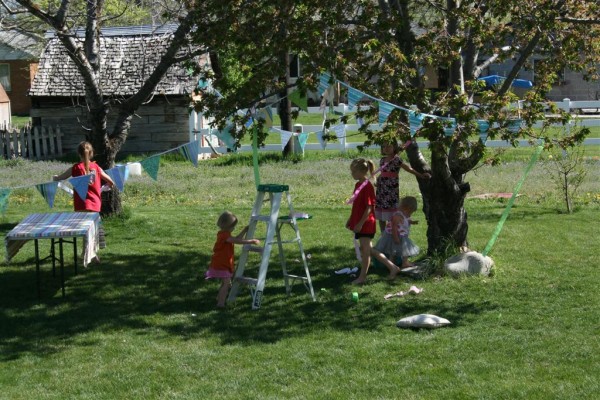 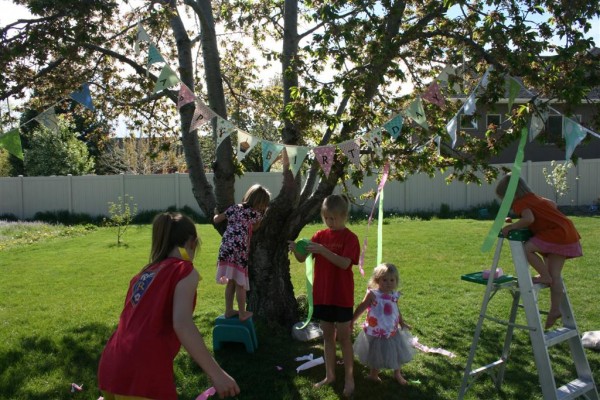 I think that most mothers feel like they have more than enough bickering among their children and I would certainly fall in that category.  When afternoons like this one come along I thrill at the way they treat one another.  The “payoff” moments are fleeting, but they do come and it’s an added blessing when you’re there to witness them. 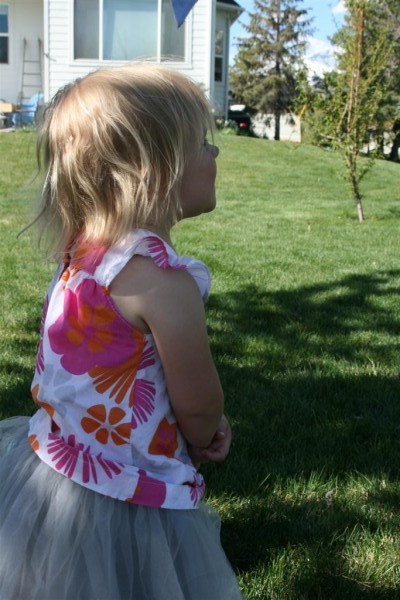 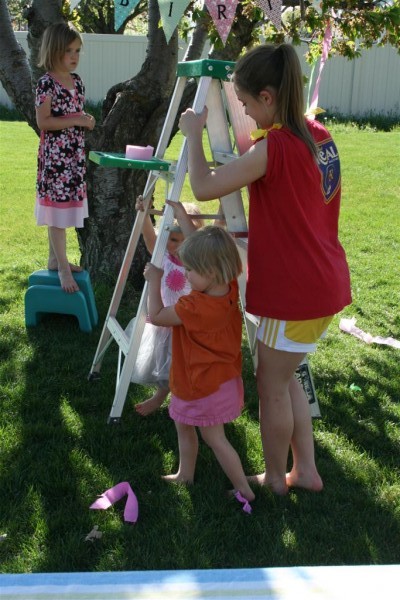 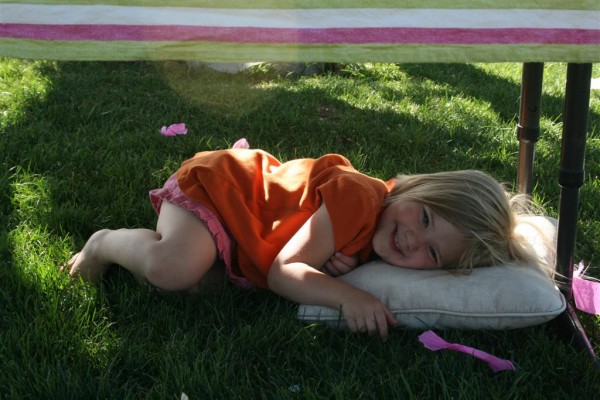 My two year old is an absolute riot.  I wish I had a running audio recording of her from morning till night.  The things that come out of her mouth are beyond hilarious.   During this little decorating event she was walking around saying “Someday when I am a mom I will make pupcakes for Sister Ingalls’ birthday!  I will.  I will make pupcakes when I am a big mom someday.”  The picture below was taken in the middle of such a recital. 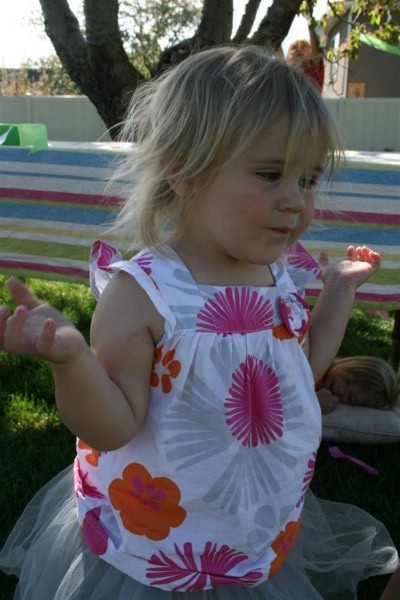 The birthday party was a success.  I’ll share pictures of it this week.  I also need to remember what happened before the party.  I am so grateful for these daughters, for the way they nurture one another, for their creative vision and talents, for their desire to help make special memories for others.  I am such a fortunate mom! 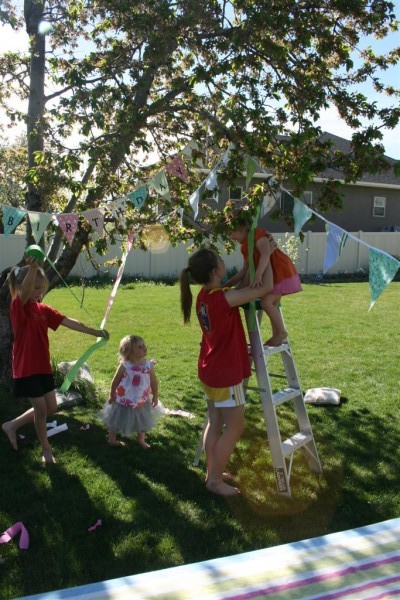