May 8, 2012 jennifer Musings on Life and Beauty

Since the end of April I’ve spent considerable time going through every email, every paper sent home, visiting multiple websites, consulting school and district calendars, etc. to learn the time and date of everything that concerns any of my children during May.  It’s the month of insanity, and as I was going through it all, I quickly realized that I could never fit it all on a piece of paper.

I raided my dwindling supply of posterboard (I stash a bunch of it at the beginning of the school year so we never have to go to the store late at night for the surprise poster assignment) and made myself a calendar for May. 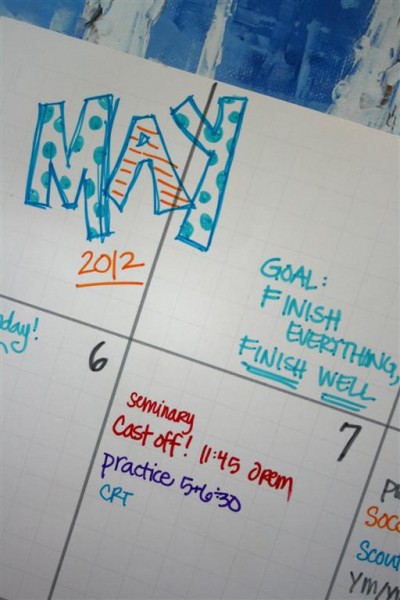 Try as I might to minimize it, this month always runs us dry, and often before the month has ended.   I don’t want my kids to think that because you’re sick of it, you get to quit.  I want them to finish the school year well.  I want to finish the year well (although that goal often morphs as the month goes on into something that resembles surviving it more than conquering it).

So instead of wasting space with names, I chose a marker for each family member and made a color-coded calendar.  At a glace I can see who needs to be where every day.  I didn’t include the long lists of items that need to be finished, or errands, or piano and violin practice.  It doesn’t include the time it takes to tape ankles before games and practices, or driving time or pick-up times.   My personal lists are elsewhere.  This is just the basics. 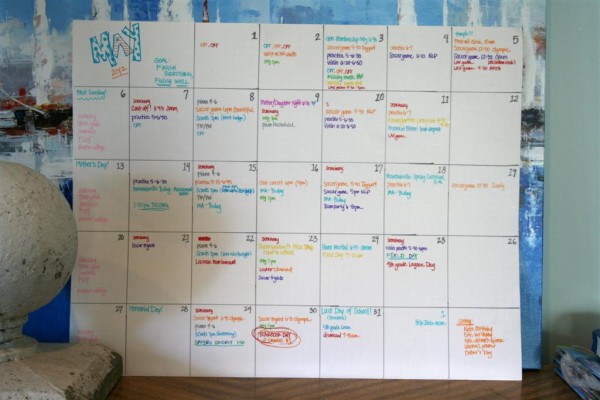 I’m liking the size of it.  It may be my new scheduling strategy.

I also went through each student’s online gradebooks at their respective schools and made lists of every missing assignment and whatever upcoming assignments were posted.  I know we’re going to get slammed with some projects that I haven’t heard about yet, but I can at least be aware of what has already been assigned and we can at least tackle any missing work.   On the back of the calendar I’ve listed those assignments, also by color, titling them “rescue missions.” 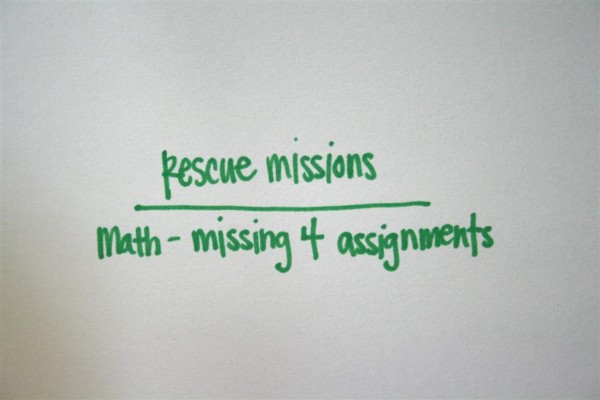 Because most of them were sick before spring break, there are a few of those that weren’t attended to well.  My handsome son who missed a week of school for his ankle has a long list of missing work.  I requested assignments from his teachers that week, but only 3 responded and so we’re doing lots of rescuing there. 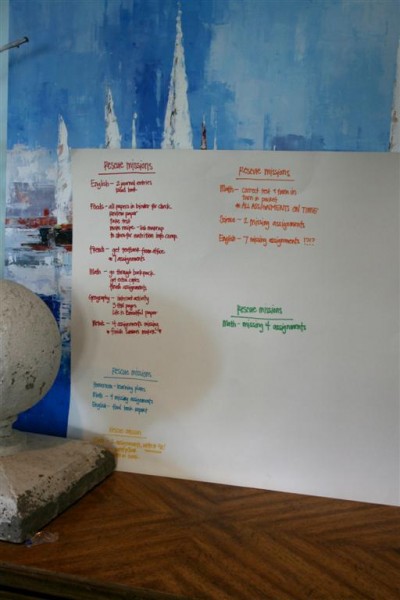 I’ll be honest.  The calendar by itself doesn’t look too bad.  The list of schoolwork looks doable.  Putting them together is tricky.  Take tonight, for example.  We’re going to spend 5 hours driving to, waiting for, watching and driving home from a soccer game.  It will be fun, but it’s tough to get much done under those circumstances.  We will have another late bedtime for the younger ones.  Add to that the laundry, haircuts, clean rooms, meal prep, reading time, and I quickly feel like this: 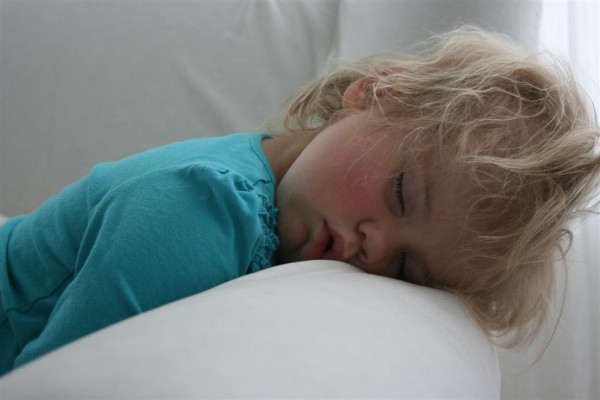 I am trying to avoid eating poorly during an on-the-run month.  With little time for cooking, many of our meals look like this: 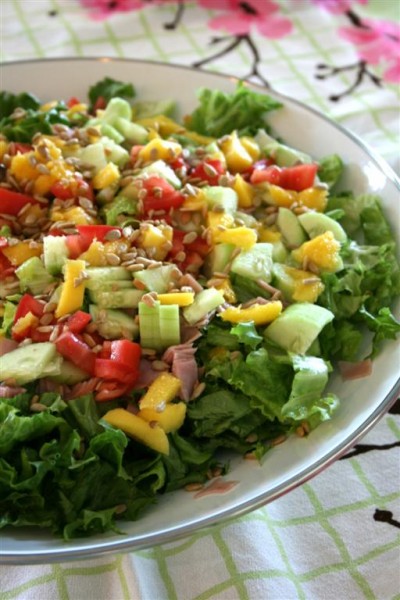 Some of the kids don’t love it but they all eat it, and that’s a good thing.

As the month flies by I’m also noticing a lot of areas in which we’re falling short.  Some of the children have developed behavior patterns that need to be corrected.  I’m keeping a list of them so that the minute school is out we can begin Behavior Modification 101, or in layman’s terms, do what you’re asked to do when you’re asked to do it.  Should be fun!

How is your May going?