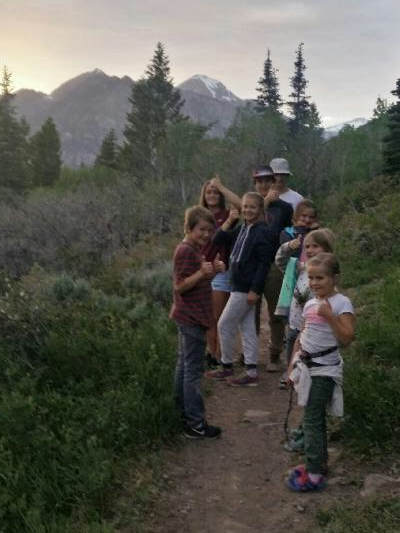 I am not a camper.  It is absolutely not my thing.  I grew up in the foothills of the Rocky Mountains and they’re majestic and beautiful but I’ve never loved being in the mountains.

It could have something to do with motion sickness.  I don’t remember a single childhood camping trip that didn’t result in being carsick on the drive.  My parents did everything they could think of to prevent it, but I always felt miserable.  And in spite of growing up in the mile high city, the higher altitude, combined with my roller coaster stomach, always left me feeling a little lightheaded and just not myself until after I got home.  The motion sickness has never improved.

In 20 years of marriage we’ve camped very little.  Each experience remains etched in my memory.  Like camping at 8 1/2 months pregnant (not something I recommend), or heading to a camp out on my daughter’s birthday after spending three days in blazing heat at a soccer tournament.  We ended up behind schedule so she opened her gifts in the car on the way up the canyon (total win for carsickness right there!) and once we arrived she came down with a fever and ended up delirious in the night. 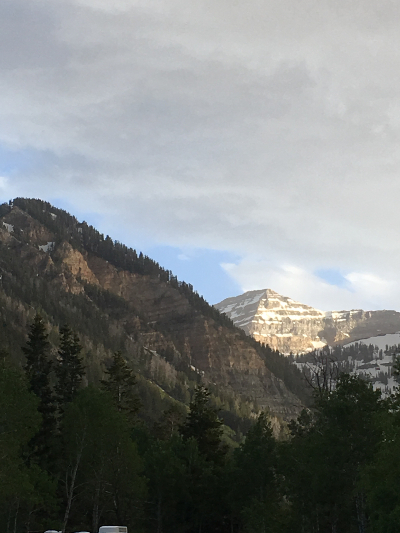 The best one was several years ago at a family reunion.  My dad scheduled a camping trip in a historic area near my childhood home in Colorado.  Our surroundings were the ruins of a historic manor house on the old stagecoach line, huge red rocks, and beautiful meadows where elk wander peacefully.  We had several elk grazing just yards away, totally unconcerned about us, and that should probably have been my first warning.  All through the night we listened to elk calls, combined with what sounded like aboriginal screaming coming from somewhere on the massive rock above us (probably someone’s crazy graduation party) and I lay there in my tent with toddlers rolling over on top of me as I watched the north star rise, pass over the top of our tent, and then slowly dip toward the horizon, all the while wondering how anyone in the other tents were managing to sleep.  It was the longest night of my life.

So you can imagine my enthusiasm when my husband announced his desire for us to go camping to celebrate his birthday.  It was actually a very sweet gesture, made for our recently turned 20 year old son who wanted to go camping for his birthday the week before, but who had to work.  All eight of our kids had different reactions.  The teenagers had conversations something like this:

Parents:  We’re going camping as a family on Friday night.

Parents:  Yes it is.  It’s also your dad’s birthday.

Teenagers:  But I have plans.

In spite of attempted negotiations for permission to wander up the canyon sometime after midnight to find us  (such an interesting illustration of the adolescent brain), we all drove up together in the late afternoon.  Our payment for their company was to say everything they could think of saying – in the loudest voices possible – that might shock us, make us wish the younger children weren’t around to listen, provoke us, and make us fervently wish that we’d never invited them to come.

I had the thought that I should have had a video camera rolling so I could send it to my parents and provide an opportunity they richly deserved:  to watch another generation dishing it out to the generation that dished it to them about 25 years ago.  I know I’d be laughing if I wasn’t the mom.  Seriously though, teenagers have naturally sharp skills to make you pay for subjecting them to the dreaded “family time”, especially when it comes at the cost of time with friends. 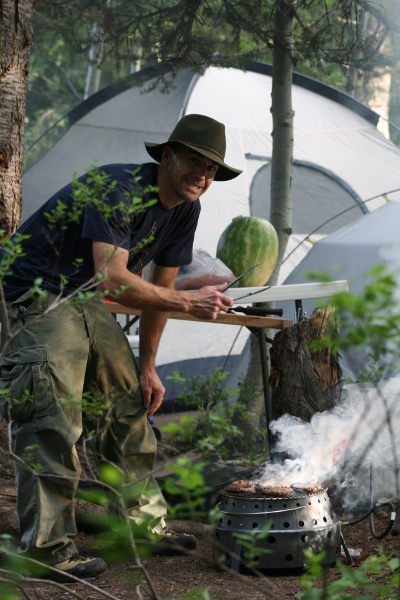 We got to our campsite, unpacked and set up, endured the continued commentary (delivered, of course, at a volume that would also carry to other campers while their younger siblings stared at them and another sibling found a quiet place to cry) and started cooking dinner.

At this crucial moment we discovered that I had somehow forgotten to pack ketchup and mustard, which is basically the equivalent of committing high treason in this family.

Naturally that calmed everyone down.  I apologized, they ate anyway, and actually things did eventually settle in.  I stayed to watch the fire while Eric and the kids went for a hike, and everyone came back friends. 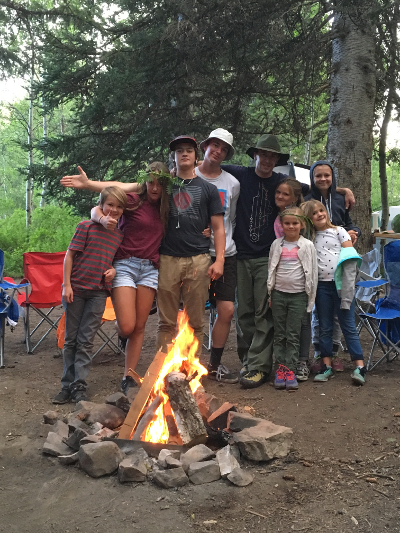 We made s’mores, sat around the fire, talked a little, and it was nice.  So nice that for a minute I forgot the part that comes next:  trying to sleep in a tent, on the ground, with wind blowing, and all the noises that come with sleeping outdoors and being within earshot of other campsites.  I didn’t mind the yelling and the occasional crying of babies – I just didn’t sleep. 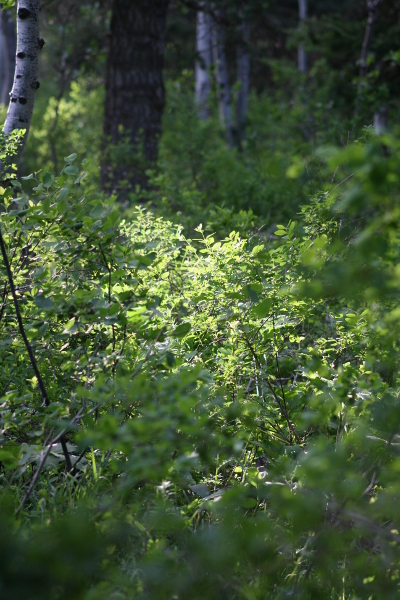 The best part about camping:  when it’s just light enough that you can decently get up and moving!  It’s torture to lay uncomfortably still all night, waiting for the morning light.

We packed up, headed home, unpacked and raced to our various desitnations:  tennis lessons, baptisms, etc.  It was a quick overnighter that, surprisingly, I was a little sad to see end.  I kind of want to do it again this summer, which is really weird.

Here’s why I liked it:  even with mutiny in the hearts of a couple of them, it got us together.  Together in a place where nobody was on a phone and where being together was the goal.  The days of having all ten of us together are numbered – I’m getting close to counting the remaining weeks on just one hand – and it’s kind of killing me.  Our family dynamics are about to change forever (again) and it’s bittersweet.  So no matter their moods, I’m soaking up every minute we spend together with gratitude.  It’s funny, stressful, exasperating, surprising, silly, and heartwarming.  And I’m loving all of it.