This is a story about hiking half way.  Which also means it’s a story about failure… or is it?  Several months ago I went on a hike I wasn’t prepared for.  I had a partially healed sprained ankle that was still considerably swollen.  My foot wasn’t fitting properly in any shoes so I also had blisters and scabs on my heel.  The trail we chose is steep:  an average grade of 19% (or 11 degrees).

I was worried about my ankle.  I knew it wasn’t ready.  But I stood in my kitchen as my family got ready to leave and felt sick about staying behind.   All my talk with my teenagers about grit floated through my mind so I decided to go.

The mountain was beautiful and covered in sunflowers.  As I hiked I watched the moon rise and the evening light bathe everything in its golden glow.  Everything felt perfect; everything, that is, except my foot. 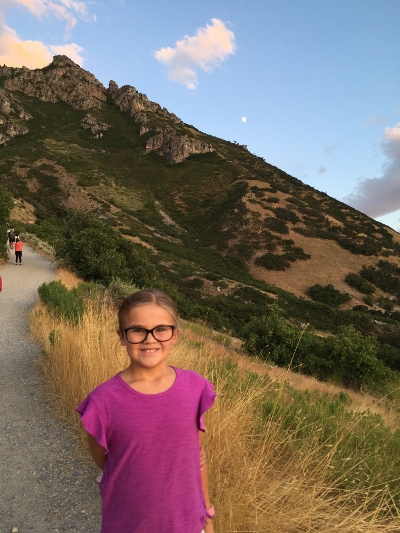 The steep incline of the trail forced my foot to flex at an angle I hadn’t been able to move it to for weeks.  Good therapy, perhaps, but the pain quickly grew until my ankle was throbbing and I fell behind in my climb.  My kids would stop at lookout points to wait for me and then scramble ahead again on the path as the sun began to set.  I felt embarrassed at my slow pace, and worried about my throbbing ankle.

Eventually I decided to stop half way.  I wanted my family to reach the top before dark and waiting for me to catch up would prevent that.  I also wanted to make it back down safely on an ankle growing more wobbly with each step.  So I sent them along and sat, alone, at a lookout point to watch the sun finish setting.

I felt like a failure.  I only hiked half way up a trail that wasn’t all that long.  As I blinked back hot tears of shame I focused on the sunset.  My halfway hike gave me this view. Had I really failed?  Perhaps.  Had I tried?  Yes.  What would my family think of me? 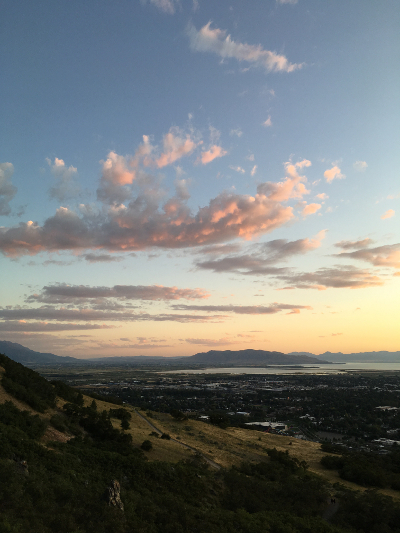 The darkness continued to gather and I began my descent, gingerly making my way down the trail with my flashlight and the quiet crunch of my footsteps while the sounds of insects grew louder in proportion to the darkness.  Darkness is a funny thing – we tend to think in terms of all dark or all light, but really there are so many degrees of darkness as night falls.  I pondered as I walked.

Movement in the bushes just a few yards off the trail, up the incline from where I walked.  I stopped in my tracks and held still, straining to see.

There, in the darkness not ten yards away from me, perfectly silhouetted against the dark blue sky, stood a magnificent 5 point buck.  He stopped too, and we both stood in silence and regarded each other.

I don’t know how many seconds passed.  It was a beautiful moment of perfect stillness.  I breathed as slowly and quietly as possible, not wanting to break the spell.  Then he moved, walked down the incline and crossed the trail ahead of me.  A few seconds  more and he was lost in the now-black face of the mountain. 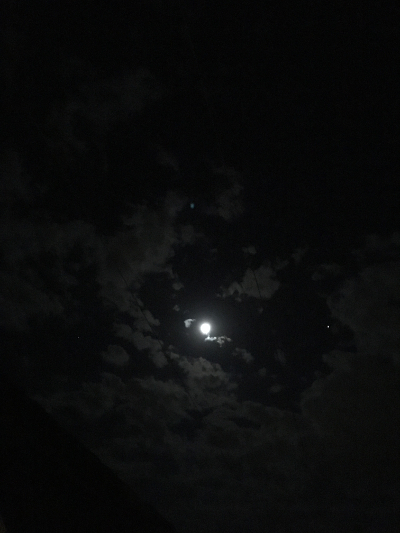 I stood in awe.  Was my hike a failure?  If I’d made it to the top, I would have missed this moment.  If I’d been hiking with my family we would have been too loud to hear the rustle in the bushes.  Had I been anywhere else on the mountain, I would not have seen that majestic sight.  I considered the possibility that I was exactly where I should have been at that moment.

It felt like a gift, a just-for-me gift from a loving Heavenly Father who had something to teach me about hiking half way. 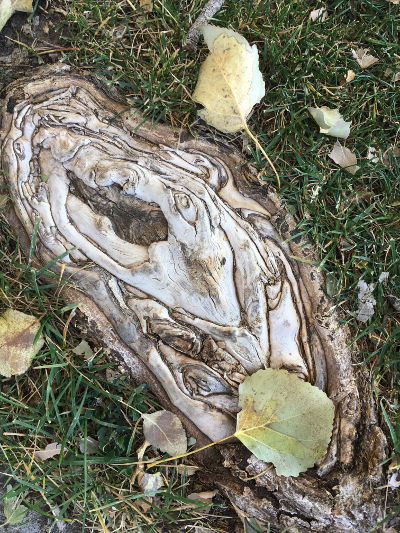 As this year draws to a close, I look back at my goals and hopes from twelve months ago.  Some I’ve accomplished.  Others were temporarily set aside as life demanded unexpected things from me.  And some of them are like my half way hike.  Better to have climbed and done something than to have done nothing at all.

If you feel like you’re just hiking half way in life right now, take heart.  There are gifts all over the mountain, not just at the top.  And the hikes most worth finishing allow second chances.

All my love as we hike into the new year, even, or especially, for the half way hikes.  May we have eyes to see the gifts God has placed in our path, wherever we are on life’s mountain.