Today marks 201 years [update 208 years now!] since Abraham Lincoln’s birth.  While we have a national holiday to celebrate the births of our two great presidents, both with February birthdays, we celebrate each one separately in our family.  Valentines Day is sandwiched between two birthday parties in this house! 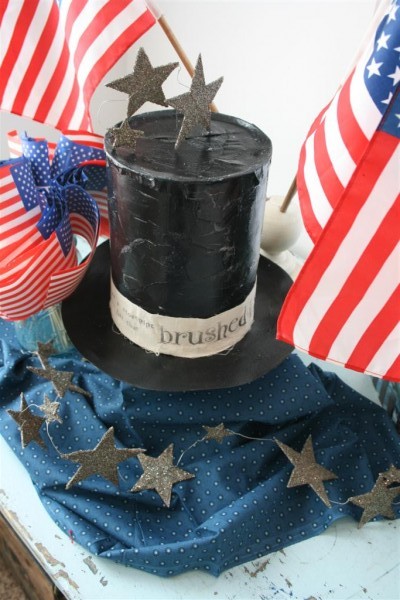 February 12th is Mr. Lincoln’s day.  We get out the flags, read this book, and eat this food.  We talk about his life, his example, and what we can learn from him.

I like to do a little reading on my own, both of Lincoln’s own writing and also the writing of those who are scholars on his life.

I feel like pausing to celebrate him is my way of reaching back through the pages of history to thank him for his life and for his life’s work.  I wonder if any of us can know the terribly high price he paid personally for the unity of our nation.  Some scholars have written that he was depressed.   I think that few people in the history of the world have stood, alone, with such weight on their shoulders.  He and his wife buried a son while he was President.  That’s enough grief to make anyone depressed, even if losing children was a more common experience in his lifetime.  Imagine the terrible weight of the loss of life, destruction to property, and all the ugliness of war.  War on your own soil.  War between citizens of your own country.  A war which had to be won at all costs.  Trying to keep peace with other nations so that none would enter the war on either side.  Having trusted members of your cabinet, even your vice president, prove to be unworthy of your trust.  Oh, how lonely he must have been!  Lincoln himself said, “This war is eating my life out.”

I believe that Abraham Lincoln was born for the time he lived in, raised up by God to guide the United States of America through one of the most difficult chapters of its history,  guided by God in preserving the union which is represented by the Constitution.

I feel like forgetting him, choosing not to study and learn and try to teach my children, would be a betrayal on my part.  Remembering is the debt I owe, the offering I must make in gratitude for what he sacrificed.  He, who lived almost two centuries before me, and yet whose life influenced mine.  How I wish I could somehow reach back in time and ease his burdens, comfort his sadness, be a support.  I feel so grateful for his life.

This year I decided to make a new centerpiece for my table showcasing one of my all-time favorite quotes about Lincoln.  Joseph Auslander said, “Abraham wore a stovepipe hat that brushed the stars where he walked.”

Oh, do I love that quote!  Since one of the distinguishing characteristics of Lincoln’s attire was his hat, I thought it would be fun to make one and incorporate the quote in my creation. 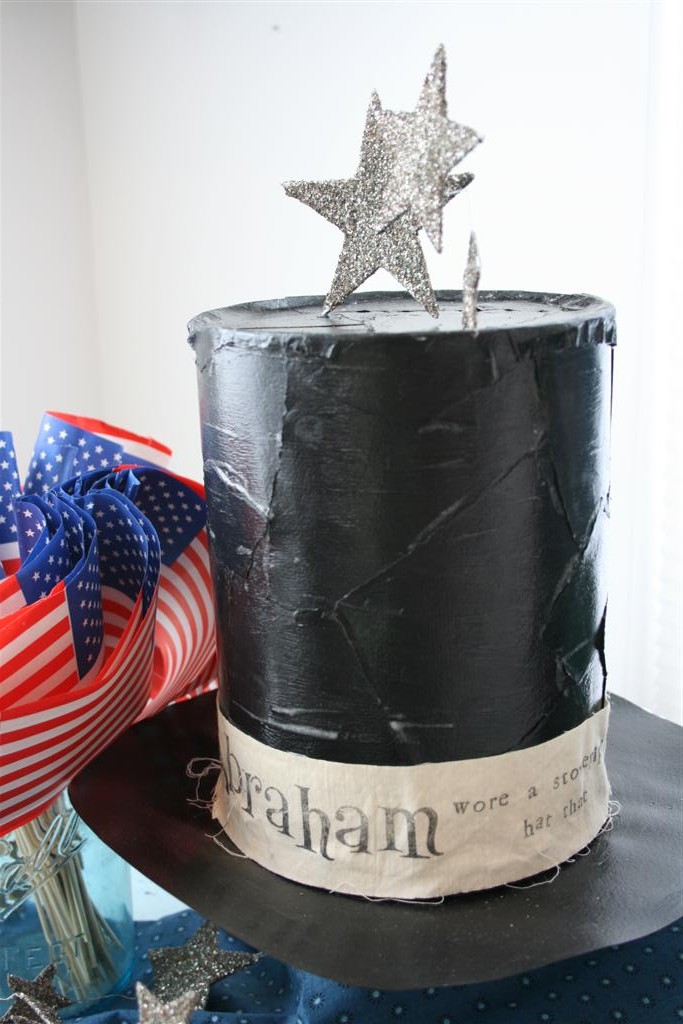 So, I created a hat using black paper and modge podge (rather scrappy, but I like it) and used a tea dyed strip of muslin to stamp the quote on. 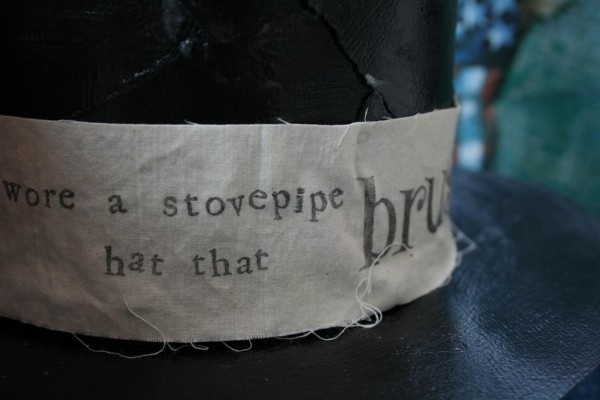 I attached the strip of muslin like a hat band and added some glittered stars to the top of  the hat. 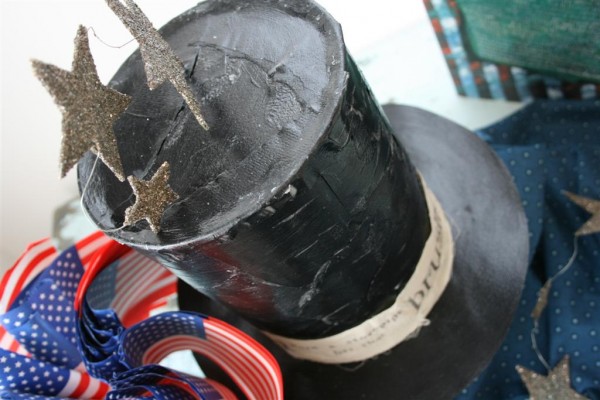 I’ve always had lots of patriotic decor and a few pictures of Lincoln, but nothing that represents him like this.

It’s a project I’ve intended to get to for years, to be honest.  Completing it this year has put a spring in my step. 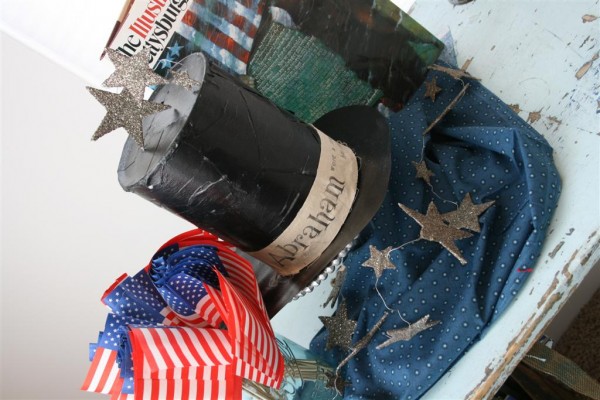 What do you do to celebrate President’s Day?