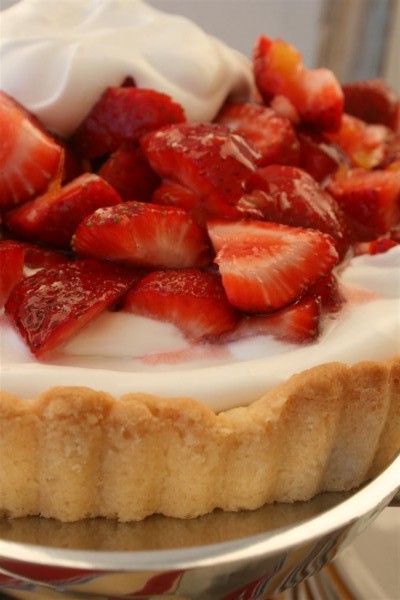 Have you ever seen a strawberry tart that didn’t look delicious?  It’s one of those summertime desserts that always tempts me.  A hybrid of a couple of other recipes, this one packs some surprise flavor:  a touch of orange. 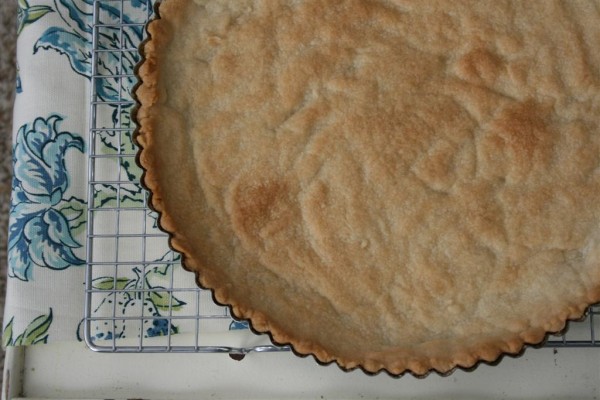 Spread about 1/3 cup of orange marmalade over the cooled crust. 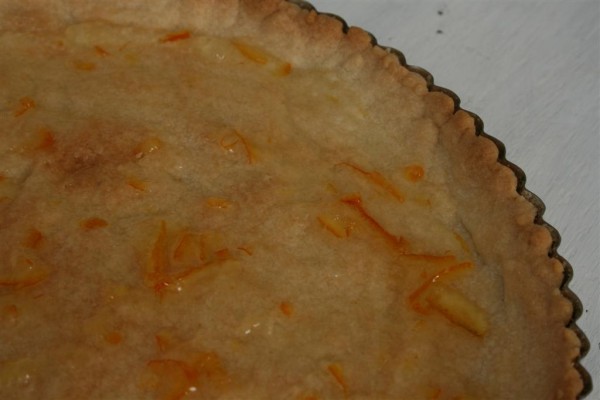 In a separate bowl, whip 16 ounces of heavy whipping cream with 1 tsp. vanilla and powdered sugar to taste (I used about 1/3 cup).  Reserve 1/4 cup whipped cream.  Spread the rest of the whipped cream over the marmalade, bringing it to the edges of the crust. 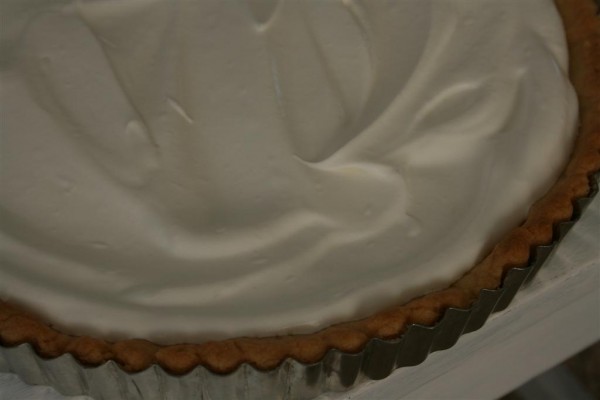 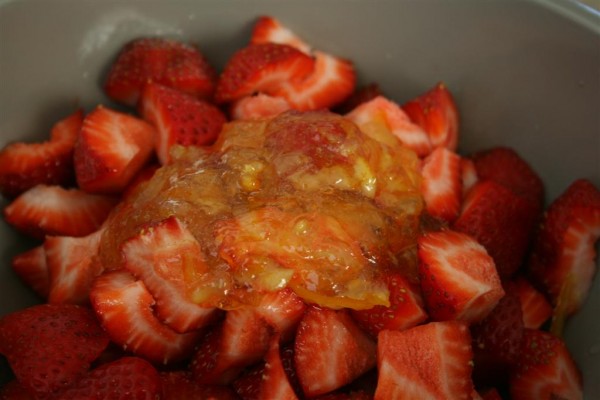 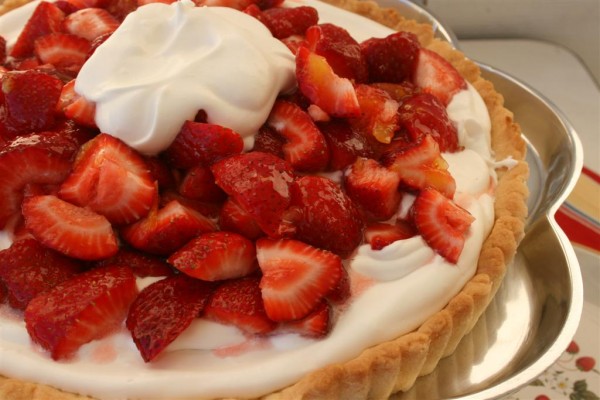 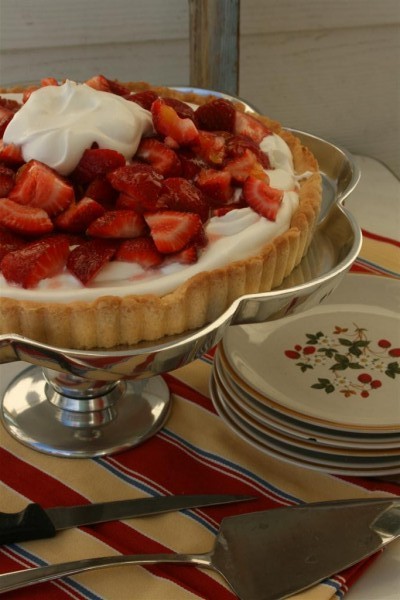 Trust me, it’s as tasty as it looks.  A perfect treat for a warm summer night. 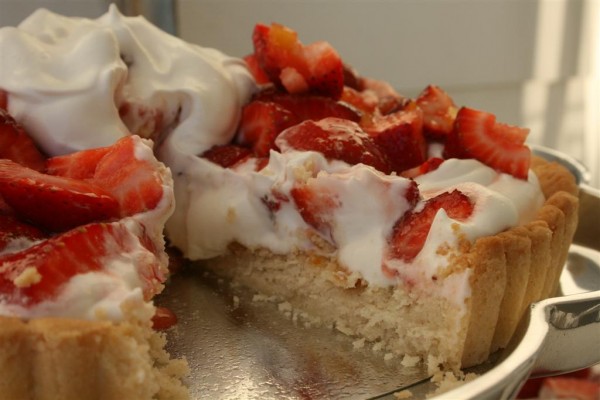