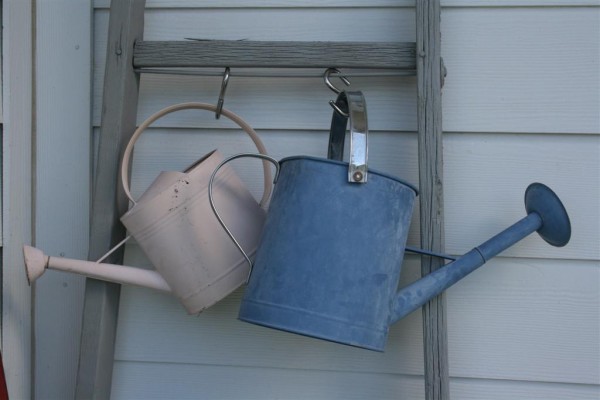 When we bought our lot there was an awesome old ladder leaning against the cherry tree.  I’ll admit it was my favorite thing about the land at the time, that and the size of the lot in general.   After the construction and some landscaping was done the ladder was somehow moved and broken into two pieces, then broken some more.  I rescued it from the trash pile but haven’t done anything with it until now. 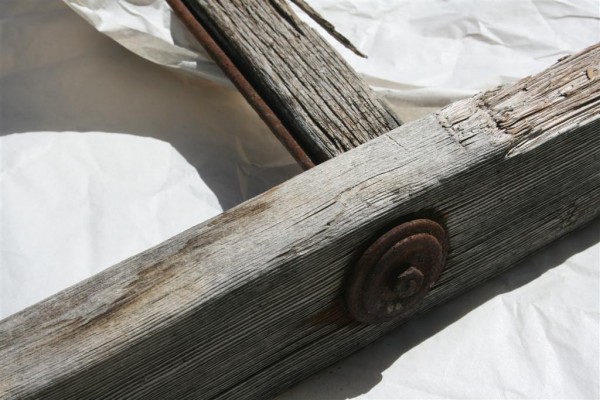 I wanted to hang things on it, but the wood was so splintered and brittle I feared things might be damaged if I did.  I decided to paint it, but chose a flat gray that preserved the old wood feeling. 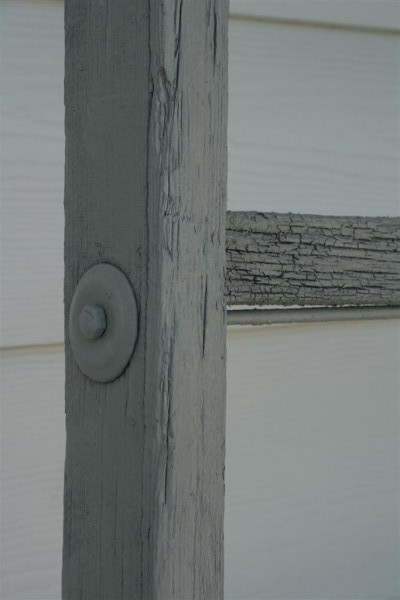 On one piece I added “s” hooks and hung my watering cans.  This (hopefully) will prevent my kids from kicking them around the yard.  I leaned it against the exterior of the house behind my serving/potting table. 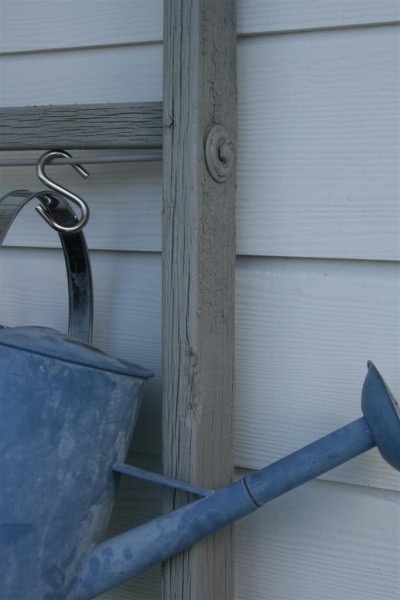 When I’m serving food I can move the watering cans and hang a dishtowel, serving tongs, etc. in their place. 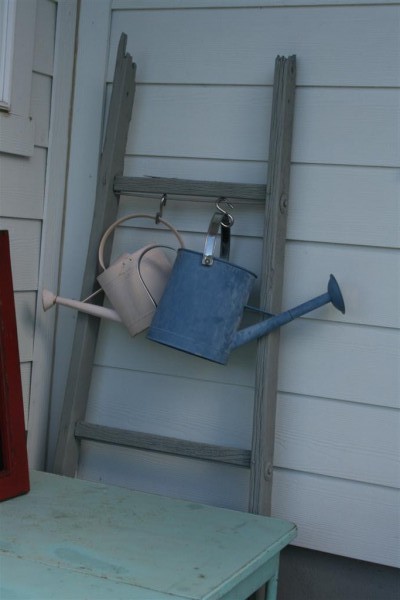 I’m pleased with how it looks and thrilled that I’m finally using my old ladders.  Watch next week for what I did with the other half.  It’s crazy cute!

Have a great day,