Celebrate the 4th: The Declaration of Independence 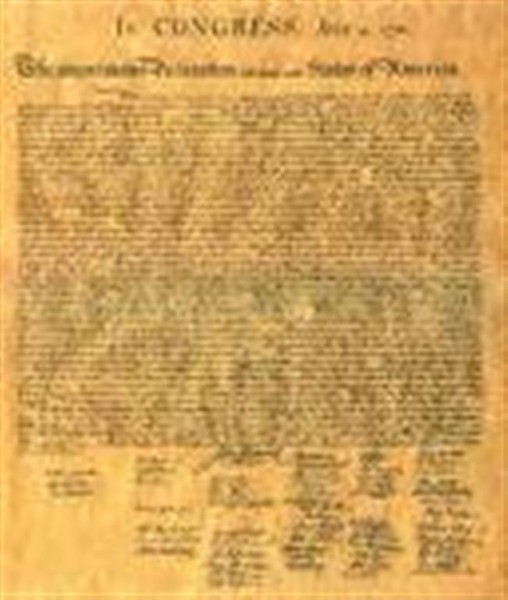 I thought this image of the Declaration of Independence was interesting.  What good is a blurry copy?  It made me think a little bit about this essential founding document.  How long has it been since I’ve actually read it?  How well do I understand it?  How many Americans have ever read it in it’s entirety?

“We hold these truths to be self-evident, that all men are created equal, that they are endowed by their Creator with certain unalienable rights, that among these are life, liberty and the pursuit of happiness…”

We all know this sentence, but is that all we know?  It’s a rather lengthy document, yet we’re apt to quote less than a sentence and dismiss the rest.  Granted, the sentence we quote is laden with power, promise and principle but there is more.  Are we well-versed in the logic of the document, in its expression of the purpose of government and the source of government’s power?  Are we well-versed in the claims against George III, listed in order to lay open the case before the world?

If we aren’t, if we haven’t read it recently (or ever), then isn’t that like having a blurry copy?  It’s blurry because we haven’t studied it, blurry because we think we know what’s in it but perhaps we don’t, blurry because not knowing what it really says makes us vulnerable to the interpretations of others who would like to obscure our understanding of its meaning and relevance.

This year I’ve decided that our family isn’t going to have a “blurry” take on the Declaration of Independence.  We’re reading and annotating the Declaration as a family and I challenge you to do it, too.

I printed copies of the Declaration of Independence from this website so my children could have their own copy to write on.  Going one paragraph at a time, we’re reading it individually and aloud.  Each of my children underline any words they don’t understand and then we discuss their meaning until each person has a solid understanding (according to their age) of the paragraph.   It has been wonderful to read it with my children, to hear their questions, to watch them understand.  It’s also been healthy for us as parents to teach it, to work at phrasing explanations in ways that are true to the intent of the founders.

I cheerfully acknowledge my love for the festive side of patriotism but also realize that if all I give my children is a love for three colors and great food we’re in danger.   We cannot afford to honor the fluff and leave another generation bereft of a comprehensive knowledge of the principles of liberty, self-government, and of our nation’s true history.

I’ve read three books about Abraham Lincoln in the past few weeks.  One about his political genius, one about the Gettysburg Address and one about Lincoln’s religious beliefs.  It has been richly rewarding to immerse myself in several scholarly studies of such a singular man.  One thing that impresses me was his understanding of the Declaration of Independence and the way he traced the problems of his generation back to the Declaration and used the Declaration to sort through issues and stand on principle.  Truly, the Declaration guided his actions and thoughts as an individual and as President of the United States of America.  His example has been a motivation to me.  I want to give my children this gift, the ability to take current problems and examine them through the lens of true principles AND history.  And so, following Lincoln’s example, we have begun with this great document.

If you don’t do it with your family, I hope you’ll at least take time to print and read a copy yourself.   Mark the parts that confuse you, get out a dictionary and study them until they make sense.  When you’re done,  make a list of at least five ideas in it that impress you and find someone to share them with.  I promise you’ll be glad you did.  With a little effort we’ll soon see it clearly. 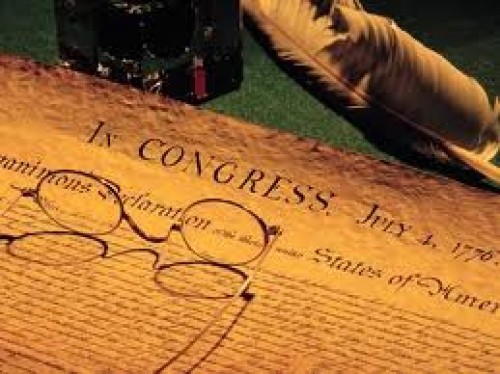