He went snowboarding with his dad on Thursday morning.  They had about 14 inches of fresh powder and loved every minute of it.  He landed a front flip.  An awesome, memorable day.

Then he came home and went to a friend’s house.  They took turns filming each other doing tricks on the trampoline.  After landing a front flip on a snowy mountain, a trampoline sounds rather benign, doesn’t it?

Well, it isn’t.   He was practicing a cork7 when he landed on his ankle, which was almost instantly swollen, bright red, and hot to the touch. 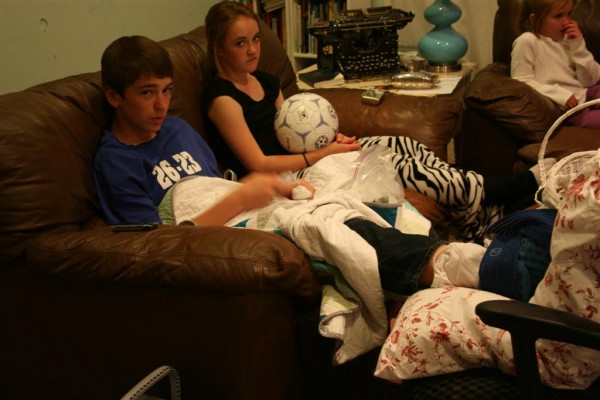 Yesterday’s x-rays confirmed what we had already guessed.  He has a broken ankle.  Broken through the growth plate, to be exact.  Funny how life can take such sudden turns.  It’s merely a speed bump in the long run, but feels more like a course change right now. 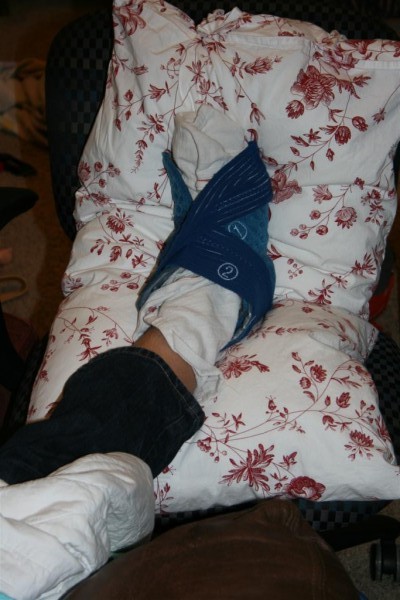 He’s being such a good sport about it, laughing and smiling and we’re laughing along with him when he says things like “I guess I just became the most boring person I know.  Let’s see…. we could play thumb wars!  Or tic-tac-toe.”  I remember his spring break two years ago when his week took a similar turn.  His last broken bone (wrist) was in December of 2010.  He made it 15.5 months without a break.  It was so nice of him to save this until we had health insurance again!

So we’re laughing as he adjusts to his new boot and crutches, but inside part of me is crying for all he’s lost, even if it’s just in the short run.  He’s done snowboarding.  His lacrosse season just ended, although it really just began.  The rest of his school year will probably be spent on crutches.   We hope this will heal well so he won’t have problems with it for the rest of his life.  That’s really all that matters.