On my recent trip to Loganf I worked on a project I started in February.  I took an online class for sewing curves.  I started this table runner for that class.  Instead of using solid fabrics, I opted to use two charm packs I had sitting around.  One was from the Verna collection by Kate Spain and the other (I think) was called Swell.  I’d had the latter for a few years and didn’t know what to do with it.  You’ll see a few pieces from American Jane’s Punctuation collection also. 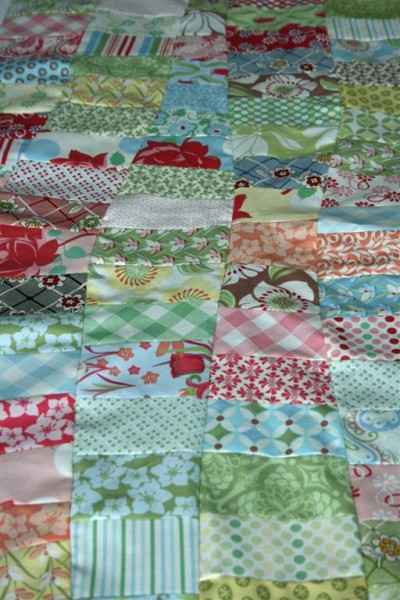 I worried that I’d hate this project because it would be too busy.  While it is certainly a riot of color, I like it more than I thought I would.   This was a good introduction to improvised curves and I enjoyed experimenting with it.    It took me a few hours to piece this together and two weeks to get around to adding a simple white border!  I think the wide border (3 inch) gives the eye a chance to rest.

My one concern is that it doesn’t want to lay flat due to the curves.  You can see that easily in the photo below.  I’m hoping I can find a way to minimize this when I’m quilting it, which will mean very careful basting.   Hmmm…. 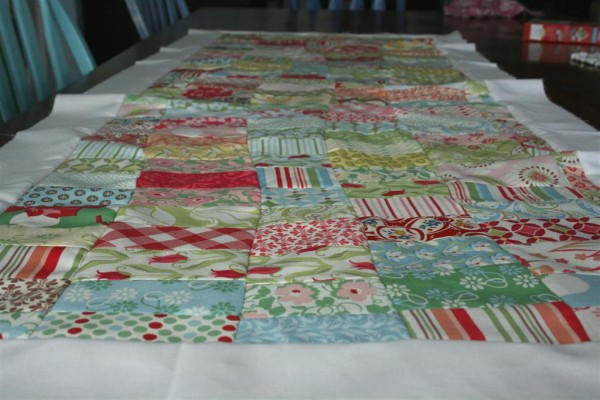 Even so, it’s nice to have the top finished.  I learned a lot while piecing this, which was the whole point.