A tale of two plaids

A while ago when Emily Herrick debuted her first fabric collection, called Going Coastal, I fell in love with the plaid print in it.  I purchased a little of it (used in this quilt) and have been saving the rest for the quilts I want to make for my boys. 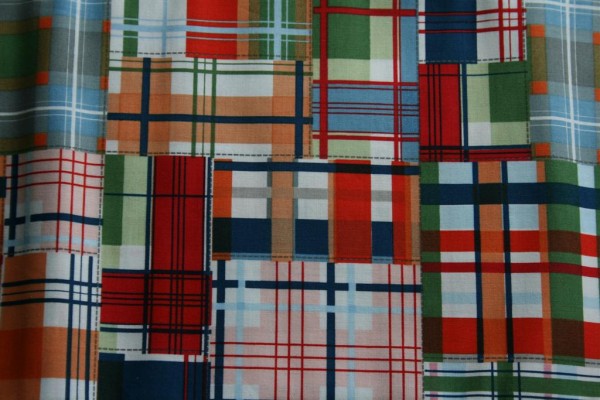 A year ago I purchased some down comforters for my two younger boys.  Their bedding was many years old and needed updating.  I found what I thought was a great orange stripe fabric and used it to make duvet covers for them.  They looked great, except for one thing.  The boys refused to use them, declaring they weren’t soft enough.  Now I have two unused “sturdy” duvets and two boys who still need something decent on their beds.  (I have an idea for the duvets which I’m hoping will come together this week.)

After searching high and low, finding nothing I like that I can afford, I noticed that Emily Herrick was coming out with another fabric collection.  It included what looked like the same plaid from her first.  Since I already have the comforters, duvets make sense, and my idea was to use a couple of yards of plaid fabric with a navy sheet to make new covers.  So I happily ordered myself four yards of fabric.

Except it’s not the same plaid.  (Yes, I know, never trust your computer monitor when it comes to color.  I was confident because it’s clearly the same pattern, only now I know the colors were re-worked.)  What was a very pale peach in the first collection has been darkened to a pink in the new collection, called Shore Thing.  The reds and blues have been darkened as well, pulling the print away from the green and orange feel that I was planning on.  In short, I like the new plaid, but not for this project, and the boys don’t like it either. 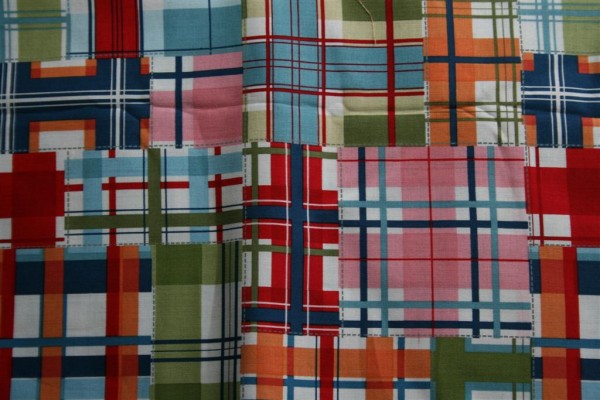 Strike two.  Such a bummer!  What started as an affordable, money-saving DIY project has now become something of a frustration.  So I went back to Google and started a new hunt for the original plaid from the Going Coastal collection.   I located it quickly and am now the somewhat befuddled owner of 8 yards of plaid fabric, four of which I really don’t need.  Brilliant, right?

Oh well.  Here are the plaids together, the plaid on the left from Going Coastal and the fabric on the right from Shore Thing.  I confess they don’t look very different in this photo, but unfolded over a large space they do. 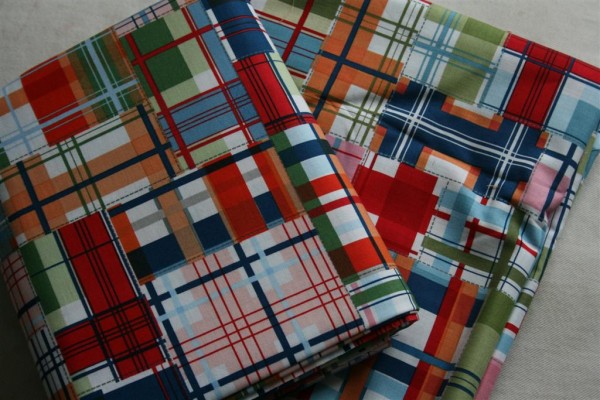 The duvets will be made and I’m confident the boys will like them.  The big question is, what do to with the Shore Thing plaid?   I have thought of making a skirt for one of my girls with it, or some throw pillows.  I’ve wondered how it might look with the new Out to Sea collection by Sarah Jane which is coming out in the next few weeks.   I’ll have to wait and see. 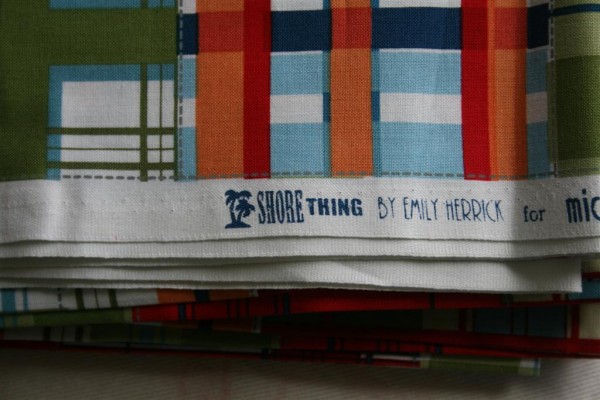