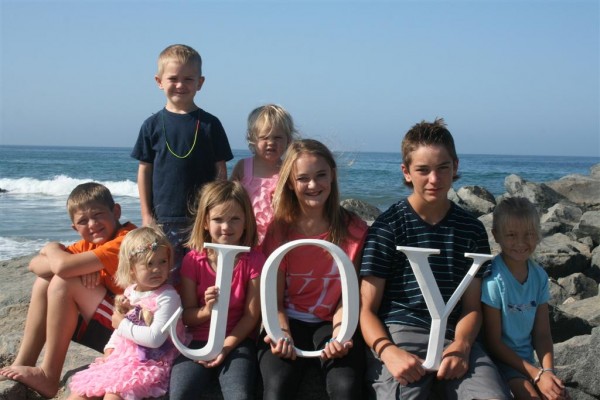 I can’t believe another week has come and gone.  I’m going to break with my standard format and share a picture I took this afternoon: 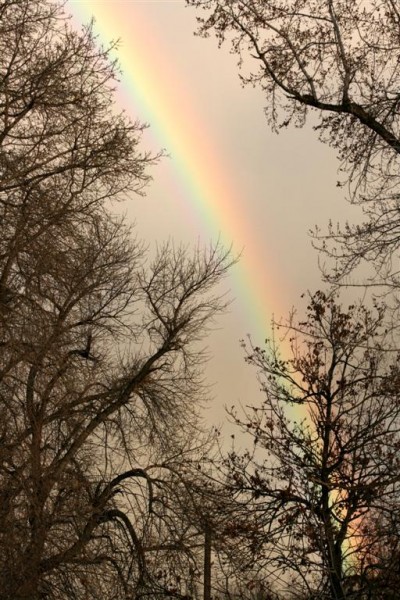 It hadn’t been raining.  They were playing ping pong in the basement and hollered up that we should look at it.  We all ran outside and discovered a faint second rainbow as well.  The bow arched so high above the clouds it nearly took my breath away.  It got brighter, for soon we could see a distinct green color emerging.  We stood outside and talked while we watched, and within minutes it began to fade slowly.  A moment later and the sun was suddenly sending it’s last horizontal rays across the earth before sinking behind the mountains.  The rainbow was gone as quickly as it came, giving way to the sunset.  We went back inside and I thought how happy that moment had been, and how we would have missed it if we had waited only a few moments before acting.

So much of the week was like that.  Little rainbows tucked here and there in cloudy moments, unexpected, fleeting, and then gone.  Some of them I chased like we did tonight; others I assumed would be there when I finished whatever “pressing” thing I had going on.   Of course they weren’t.  But the ones I grabbed were happy and good for my heart.

I thought things would slow down more than they have.  We’re still too busy and I’m trying to fix it.   I was hit with a cold this week which is making it harder to combat the stress of getting ready for out-of-town company during Thanksgiving.  I feel like I’m off my game and really hope I can “come round right” in the next day or two.  I am thankful for small reminders of how good life truly is so I don’t get too far ahead of myself.  I have a lot to do before Thanksgiving, so the task ahead is to savor the rainbows while working harder.

I am grateful for the opportunity to make good decisions, to make mistakes and learn from them, to be a part of a family and become who I’m supposed to be.  There is much to be thankful for!