After making my Giant Hunter’s Star quilt, it occurred to me that I could make the block even bigger.  What would it look like to have just one big hunter’s star for a quilt top?  I started it immediately and set a timer to see how long it would take.  Two hours later I had a Supergiant Hunters Star quilt top. 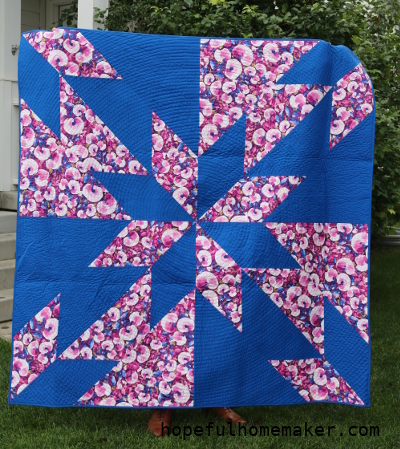 Just like the Giant Hunter’s Star, the Supergiant Hunter’s Star quilt requires only two cuts of fabric for the quilt top:  two yards of a focal print and two yards of coordinating fabric make a 68″ square quilt.  This pattern is perfect for those large, gorgeous prints that you can’t bear to cut up. 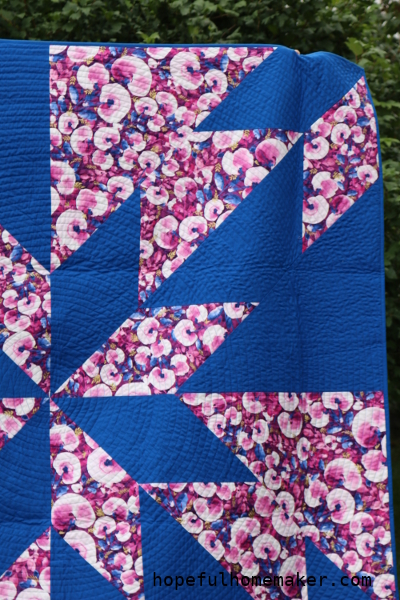 It’s also pretty great to start and finish a quilt top in less than two hours.  That part makes it great for gifts. 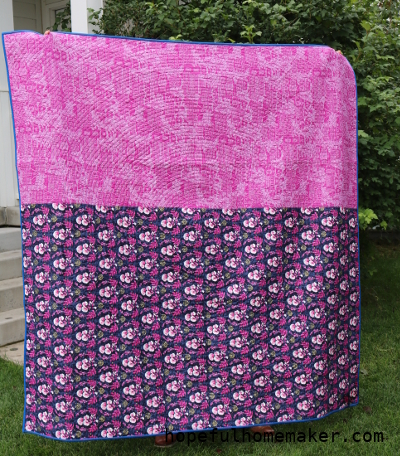 I quilted mine like I did my Flight Quilt years ago, in a spiral starting at the center of the quilt.  I don’t think I would do it again, though.  All that fabric cut on the bias in the center didn’t love having me move it around in circle after circle.  I created a bit of a ripple in the center of the quilt.  Oops.  I’ve since blocked the quilt and it’s a lot better, but be warned.  The spiral quilting looks cool on this quilt but it came at a cost! 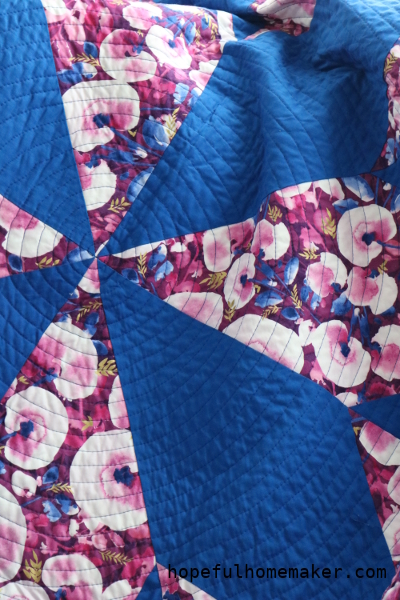 The pattern for the Supergiant Hunter’s Star quilt is available in my Etsy shop.  The pattern is technically called the Giant Hunter’s Star because I combined the two patterns into one, giving you instructions for two quilts at the price of one!  Two yards each of two coordinating fabrics and you can make either quilt.

I love all the “twos” in this project:  two fabrics, two yards, two patterns, two hours…  I might need to make another! 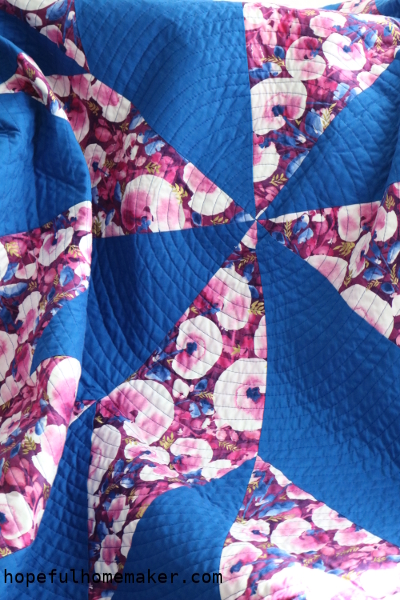