This is the story of a vintage fabric that chose it’s own quilt design.  I remember looking at it, this little square on my phone.  The photo showed a bunch of little chess pieces in a cool vintage color scheme and I was sold.  Literally.  It’s one of the gems I found while browsing the dangerous “great fabric destash” hashtag on Instagram.  Is that still a thing?  Gratefully (for my wallet, at least) I quit looking a long time ago.  But this piece found its way to my house, and that’s where the Chess Quilt began. 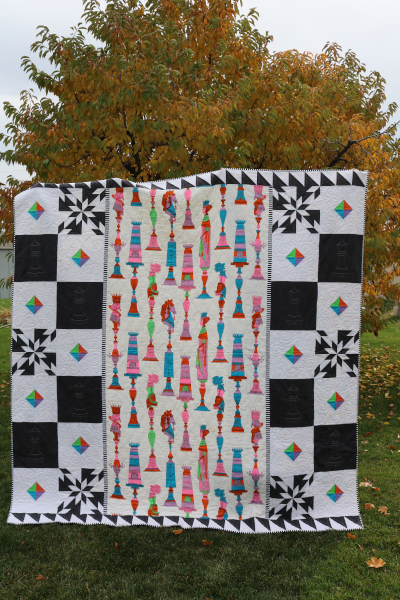 I opened the package and was shocked to discover that the chess pieces were large.  Like, very large.  Tall and long and thin.  Not a cute little vintage print I could cut up and include in other quilts (like this scale).  My plans flew out the window as I quickly realized that this fabric could NOT be cut.  It had to remain in one piece.  But what to do with it?  I hung it on my design wall and we looked at each other for a while. 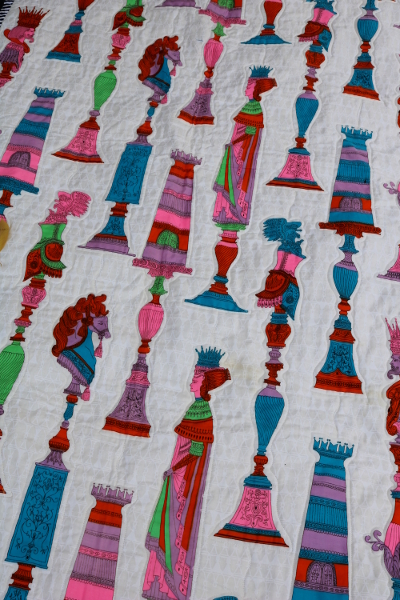 Slowly, an idea formed.  The pieces could stay as they are, and I could design a chess board around them. So like the Dream Catcher quilt, the Chess quilt is one where the fabric chose the design.  Not me.  And I LOVE where it went.

I planned a grid of checkered squares for the left and right sides, but didn’t want it to be boring.   In the white squares I made a center square featuring four of the colors in the chess pieces (though it’s awfully difficult to match 70’s colors to today’s solids!).  This let me pull color from the center into the sides of the quilt. I also didn’t want to overpower the center panel with too much black.  I fixed that problem by using a dark gray instead, and I also dropped some hunter’s star blocks in.  All that makes the game board more interesting.  It’s pretending to keep up with the epic vintage chess pieces! 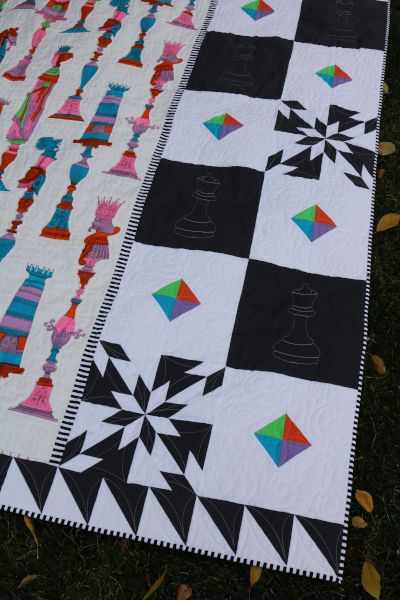 Do you see the color difference between the panel and the white?  I put the panel in the sun to clean and bleach it before sewing, but it has yellowed a little more since I finished the quilt.  It doesn’t bother me.  I might as well enjoy the contrast for what it is. 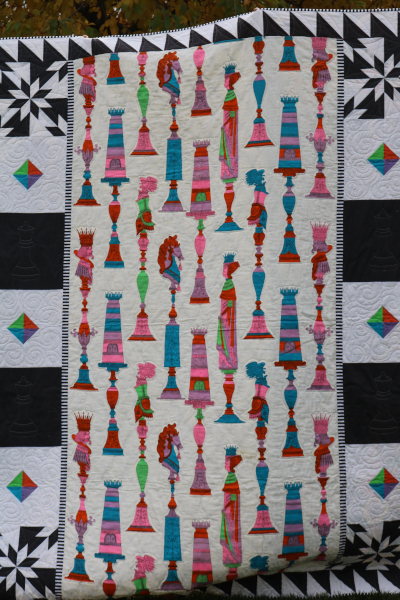 But here are the two best elements in this quilt design:  the black and white stripe, and the half square triangles.  That stripe pulls it all together.  I was so excited when I put it between the sections.  And of course it deserved a place as binding, too.  The hst border on top and bottom is the final piece to pull the quilt together as a composition. 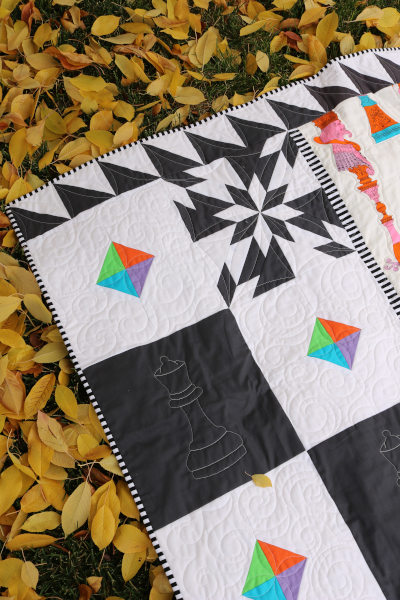 And look at the pawns!  Melissa dropped them in the gray blocks and they’re the perfect addition.  I love the custom quilting she added to this one of a kind quilt. 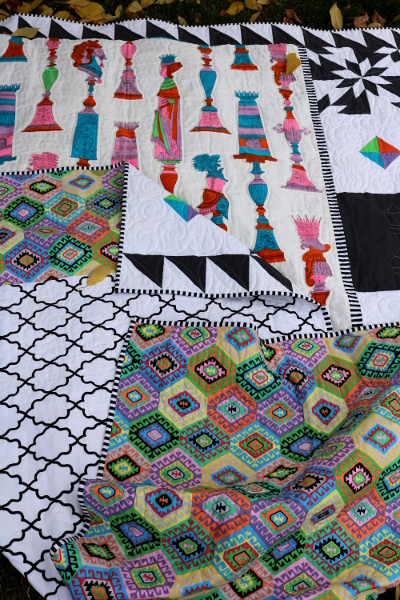 I backed the quilt with two different prints, both geometric.  It’s a large quilt and someday I hope one of my kids treasures it.  Making the chess quilt was a marvelous creative experience for me. 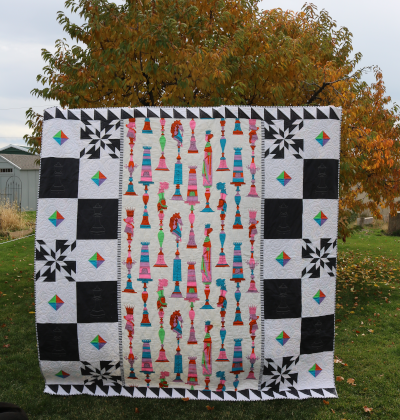 I hope you’re making something that really excites you and makes you feel more alive.