My cherry tree should be covered in white blossoms right now.  It tried.  But when the first blossoms were on the cusp of opening, they all froze overnight.  So now my tree looks more brown than white. 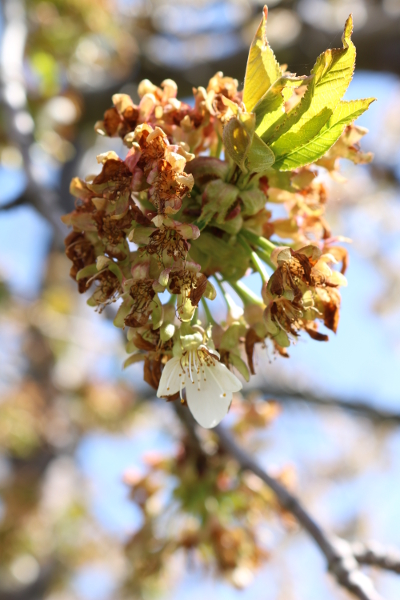 I have a stack of finished quilts I was saving to photograph in front of my favorite tree.  Today the light was right for just a minute so I went out to do my best.  And naturally, in the ten minutes I was out there, it was cloudy, windy, rainy, sunny, rain through sunshine, and about ten seconds of just right. 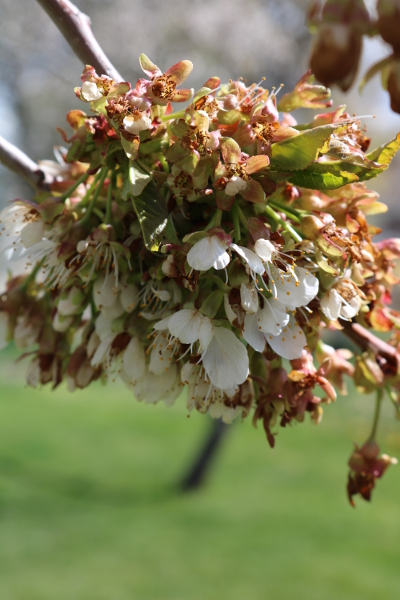 I took a walk around my tree, noticing all the details.  As I did, I thought, “This tree looks like life in 2020”.  Beautiful blossoms destroyed overnight, like all our plans were cancelled in a couple of announcements.  Where there should be white and beauty and thriving, so much is brown.  Usually my tree is literally humming with bees – but today there were none.  Like my  hopes and dreams for the next few months.  Others sleeping, hopefully to wake again. 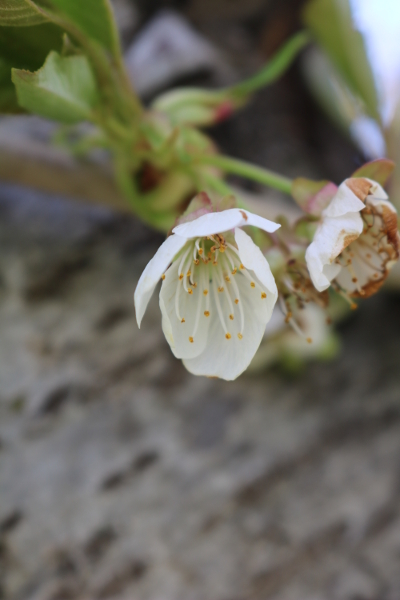 Here’s what I noticed, though.  I didn’t see or hear the bees, but as I walked in circles around the tree I heard birds singing.  And as inspected the faded brown blossoms, I also saw a few fresh white ones peeking out in spite of everything.  I saw new growth, leaves beginning to form.  And way up high there was a branch or two that is mostly white, and as I admired them I also noticed blue sky above them.  In spite of clouds, rain, wind, we still had blue sky up above. 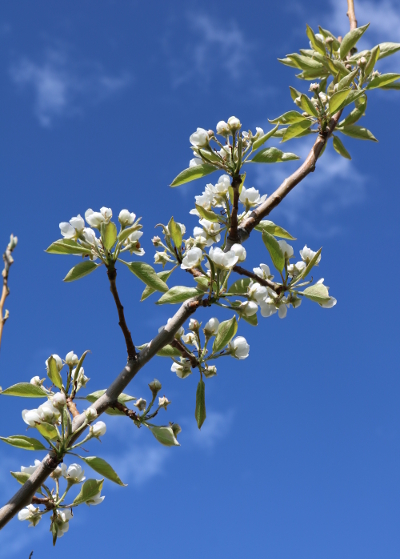 At some point, and hopefully soon, we will emerge from this crisis.  When we do, I hope we will all be tenderly cradling a new dream or two in spite of everything that dried up.  When we do, I hope we will be able to notice the blue sky above and the birds singing in the distance.  Even if we miss the industrious buzzing of hundreds of bees, and the glorious show of everything blooming at once as we’d planned, I hope we will have eyes to see the opportunity before us.  And the courage to engage and try again no matter what we lost.  Just like my cherry tree.

All I did was type the title of this post, and my heart started burning in my chest.  I’m nervous about writing it, because it touches a still-raw nerve from a recent challenge.  It’s more personal than my usual sewing posts, but I feel like I should share it.  So, as I type, I’m whispering aloud “be not troubled.” 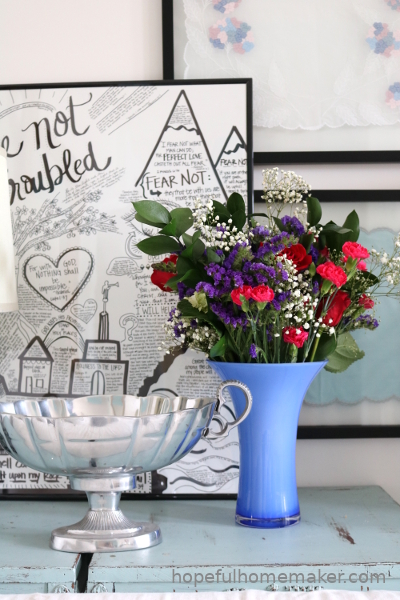 Last year we faced a totally unexpected challenge that threatened to completely change our family for many years, it not forever.   For the first time in my life I felt afraid to leave my house, afraid to talk to people, afraid that l would never be OK again.  It was a desperate time.

About a week into that challenge I was scheduled to lead a discussion in our women’s meeting at Church.  My assigned topic was a message titled Be Not Troubled.  I am a Christian.  All my life I have found comfort in the words of Jesus Christ.  I feel in my bones that they are true.  But how could I stand up in front of forty women and say it with conviction while inside I was a complete mess?  I was troubled and I had to get it out of my system in some healthy way. 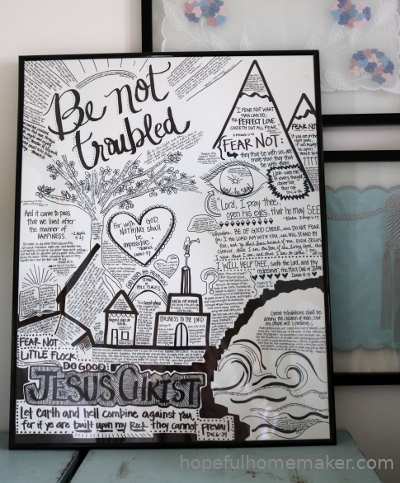 I got a posterboard and black sharpie and started writing.  The words came slowly at first.  It started with a scripture, then a thought, and another.  Soon my hand couldn’t keep up with all the promises of hope, reassurance, and deliverance.  I wrote and doodled and wrote some more.  Late that night I stood back, the posterboard full and my heart full of light.  I felt light and peace and confidence in God.  The exercise gave me strength to show up at Church to speak with power and conviction.  More importantly, it was my first taste of hope in a long dark storm.  What a gift! 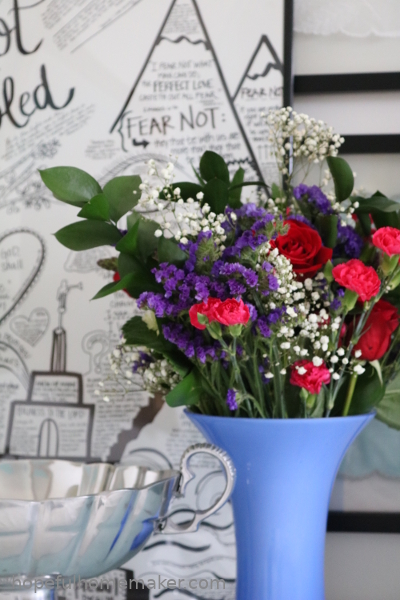 Life as we know it appears to be falling apart around us right now.  The future is uncertain for all.  We’re wading through it here, just like you are.  Something I’m realizing, though, is that God gave me a lot of practice for this in 2019.  He blessed me with a personal storm that changed me.  One thing I learned is that when the storms howl more loudly, I have to be louder about my faith.  I have to speak it more often, hang onto it more tightly, give myself more reminders and give God all the praise.  I learned to praise Him when it was hard to find something praiseworthy. 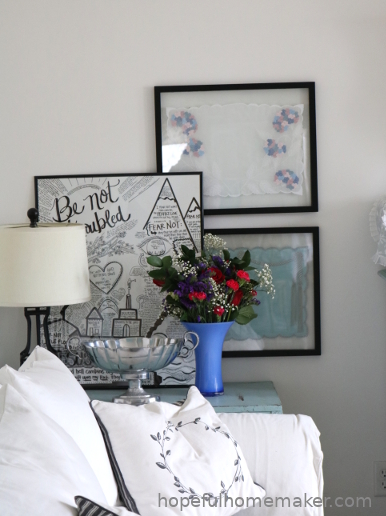 A year later when life felt bearable again, I still couldn’t part with my poster.  The memory is too powerful and the promises still apply.  I found an inexpensive frame and put it in my living room because I still need the reminder to “be not troubled.”

It’s a great message for right now.  Chaos is everywhere.  Choose faith!  We can remember all the times God has helped us before and trust Him to help us again.  We can remember all the hard things we’ve overcome in the past.  My poster isn’t art, not by a long stretch.  But it was great therapy.  It got my mind off the awfulness of my situation long enough to open a window of hope.

If you need a diversion from all the negative, try writing down positive messages from sources that bring you hope and faith!  Write them large, so they’re big enough to drown out the fear.  Write them boldly so they’re strong enough to fight back the darkness.  And write them on your heart.  That’s where we need them the most.

Hang in there, we’ve got this!
-Jennifer 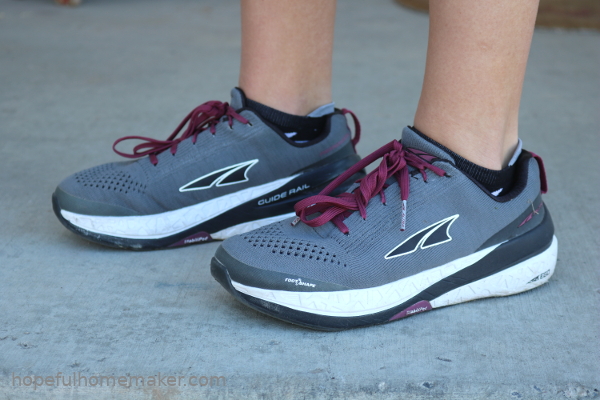 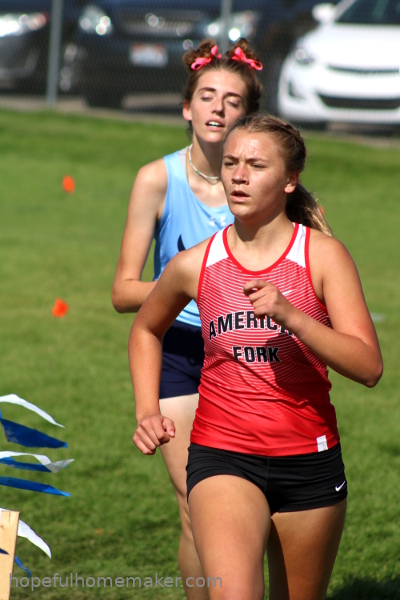 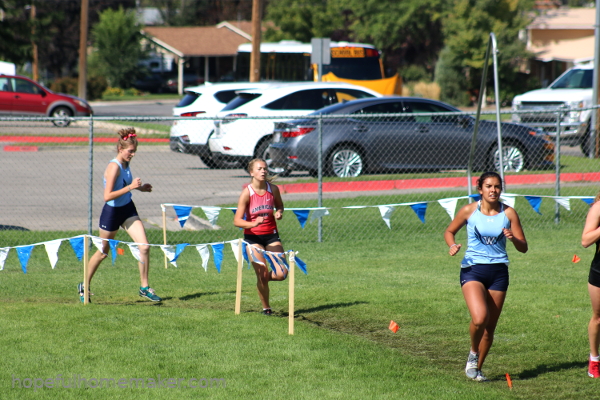 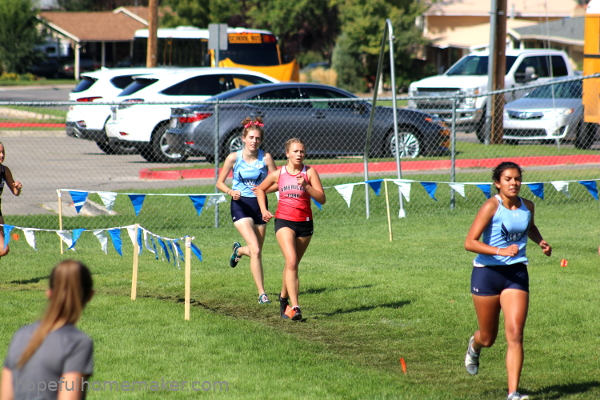 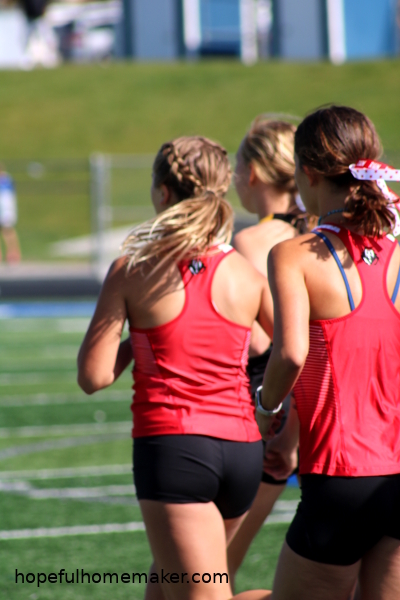 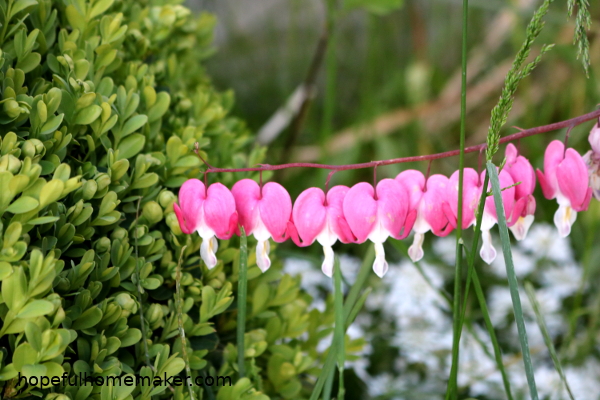