Well, I finished my first quilt for 2010.  I am calling it my Faith Sings quilt. 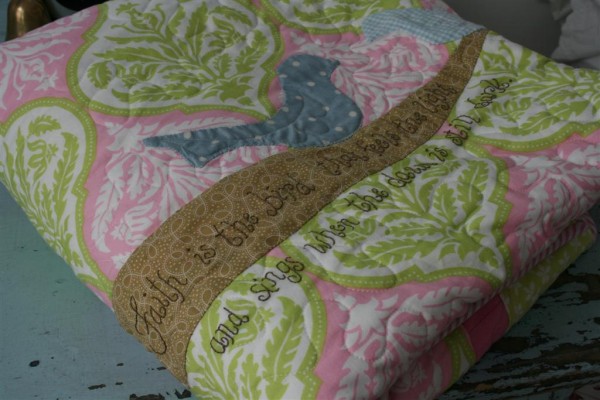 I like how it turned out.  It was one of those projects that sort of evolved as I went along.

I couldn’t find a pattern that I wanted to cut the background fabric for, so I decided to just make a quilt with it alone, and added some borders.

Then I decided to use a little free pattern I’d photocopied at a local quilt shop for a branch, two birds and some leaves. 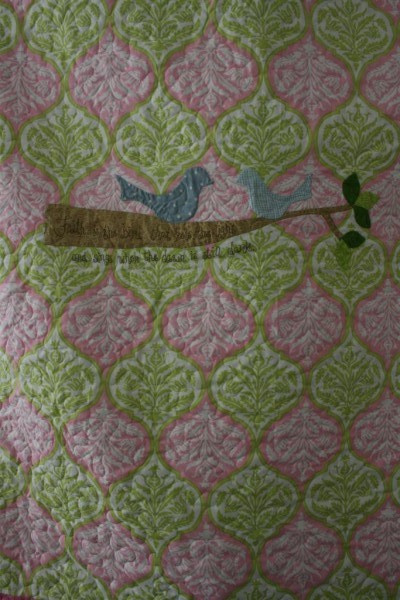 Once I got going on that path, I remembered the quote I’d put on my Christmas cards for 2008, and decided to embroider it onto the quilt.  I lengthened the branch so there would be room, and embroidered it in brown. 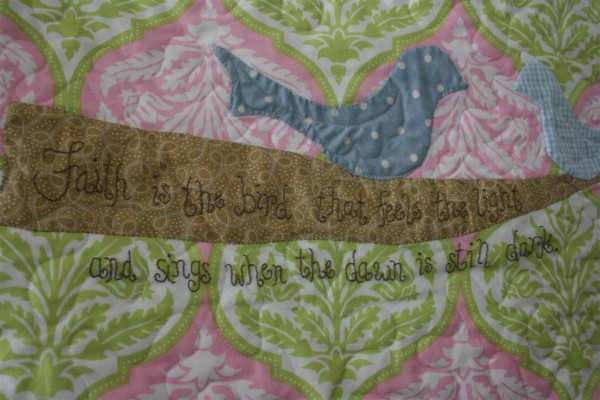 I love, love, love this quote.  “Faith is the bird that feels the light and sings when the dawn is still dark.”
It was sort of my quote for 2009.  Many times the dawn felt dark, but we tried to sing.  I didn’t sing as much as I should have, but we pressed forward.

At the bottom corner, I embroidered this: 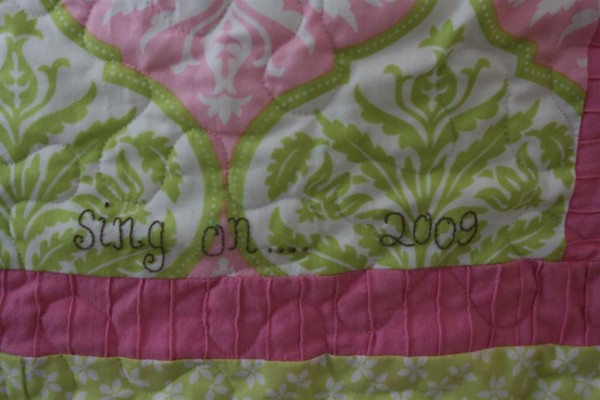 Okay, so I realize that it should have been finished in 2009.  I tried, I really tried.  It just didn’t happen, so instead it’s the first completed quilt of 2010.  And I still love the quote, so it’s fine with me. 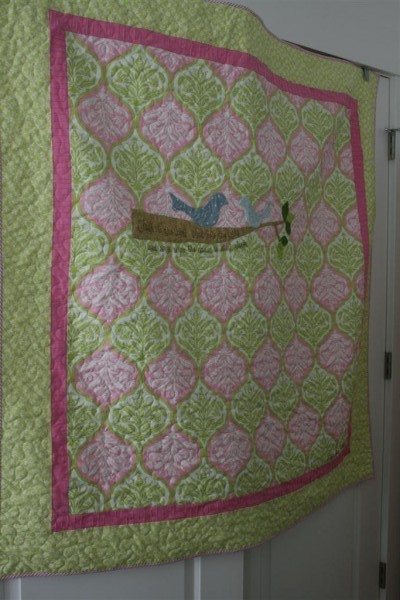 Originally I thought this quilt would be for my baby, but with once the embroidery was done I decided it’s mine instead.  If I’d planned for it to be mine, it probably wouldn’t be pink and green, but I like it anyway.

I used a soft minky stripe on the back.  YUM! 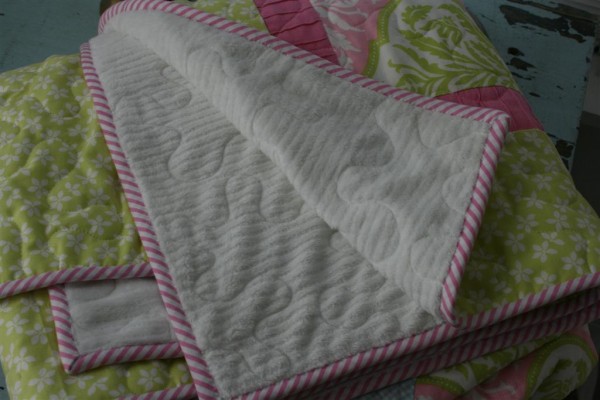 Hooray!  One project done, countless to go!  (Could you imagine how bleak life would be without lots of projects to look forward to?) 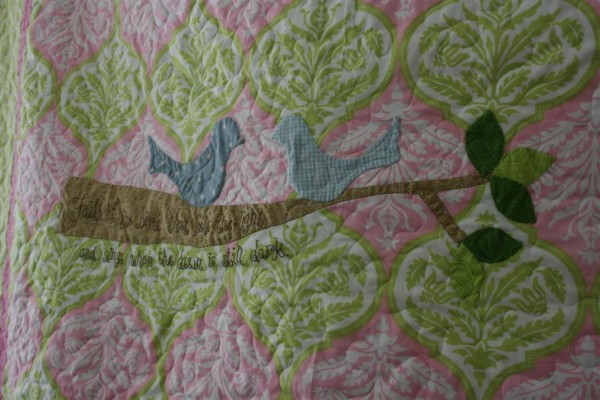 Hope that you’re feeling the light and singing, even if the dawn still feels dark!  Have a great day.